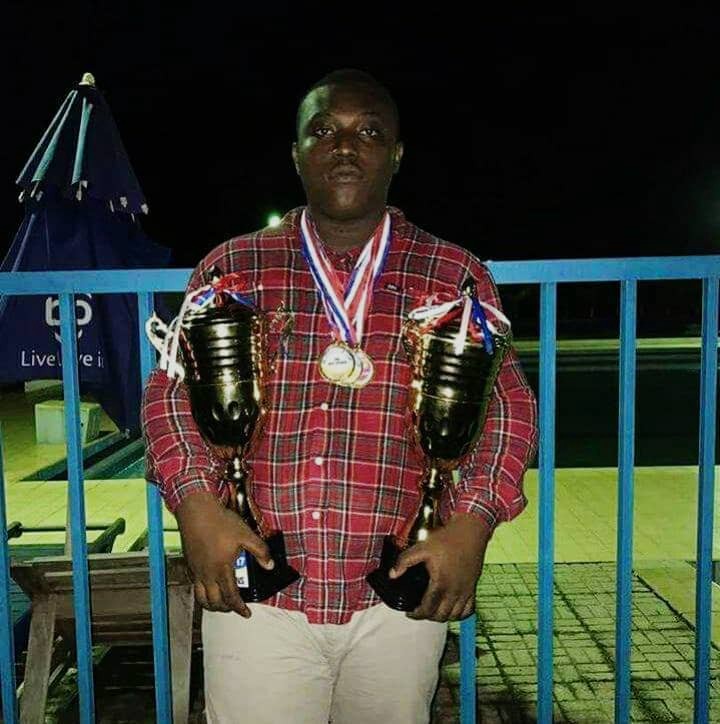 I see debate a lot like I see rap. Debaters like rappers spitting bars, with debate unions like record labels, harnessing and selling talent. There’s no money in the game so we thrive on peer review and bragging rights, we are only as good as our rivals think we are, honestly. In rap you can be worse than your rivals, outsell them and not give a damn what they think. In debate, well you just have to care.

I would have loved not to do my list and wait for someone neutral to do this. Sadly debate is not like rap in the sense that we are all competitors, there is no neutral audience to evaluate us and you know write articles of who the greatest should be. But those things are important, we are sportsmen, this is the height of intellectual competition so I encourage others to make similar lists. Let’s all know where we stand after years of giving our everything to the game.

So first big thing to get out of the way, where will I personally stand in my list ? Put yourself in my shoes, 9 trophies in 3 years across the sub region, 4 more than anyone else in the circuit in record time, 5 best speaker awards overall (2nd highest tally in the sub region) with 4 coming of those coming in a row in tournaments across the sub region. Record holder in ANUDC for most points accumulated over 9 rounds (25/27) and 3 time finalist, hattrick of top breaks at TTC (Maybe the greatest feat in WA), where would you rank yourself ? I am pleased in recent times my name has popped up in the G.O.A.T conversation a couple of times, that is logical.

With new exciting talent coming up I fear this list might only be relevant for 2 or 3 years only after now. Lastly this is not a list of people who have contributed to debating solely but strictly active speakers so I give a shout-out to Franklin Ubi, Eric Awuah, Akah Augustine and Antonio Asinyo, Ugwumsinachi Chukwuemeka, Nwagha Christopher etc who are massive contributors to the growth of the sport but who are not listed under and I might be a bit ahistorical since I only started debating in 2015, missing a few greats from way before then but as a debate enthusiast I have taken out time to do my homework about who the best in past generations were and have still arrived at my list…

1) Inung Ejim : In first place is the 2013 Second best speaker in Africa. Pans Semi-Finalist 2013, Pans Finalist 2016. Ejim has a low trophy count of 2 trophies but 3 immense feats at the biggest stage in the continent. Ejims 2013 feats put West Africa on the map and made our circuit to be taken seriously, he was the first West African to appear on a PAUDC CAP and paved the way for the younger class of debaters including myself. He is widely respected and definitely one of Africa’s greats. 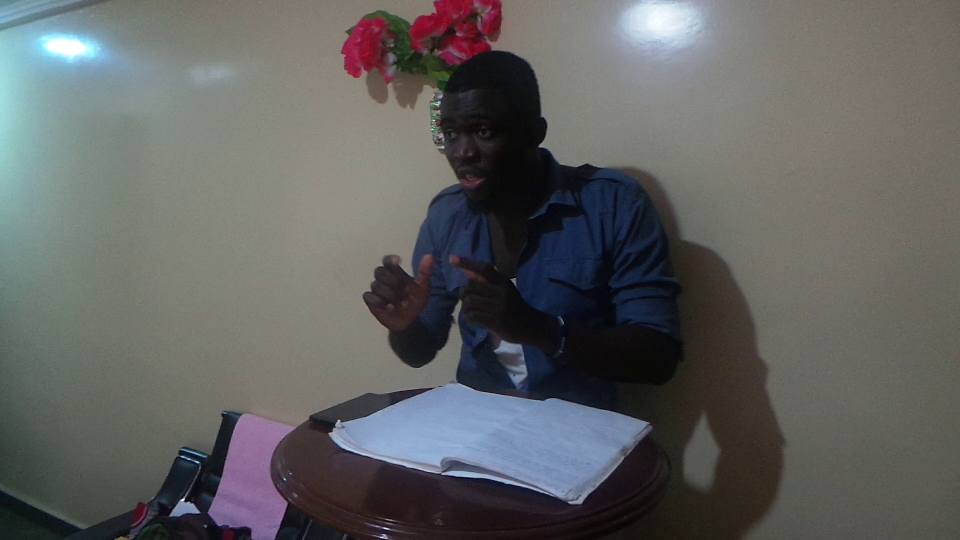 2) Boakye Isaac : In 2nd place is 2015 Paudc Semi Finalist. 5 Trophies including 2 Ghana Nationals trophies, the second highest trophy haul in the sub region, Boakye has also made more finals than anyone else in the sub region. Just like Ejim, Boakye is amongst the pioneer debaters in Ghana, who has helped train and inspire several greats, many of whom are on this list. 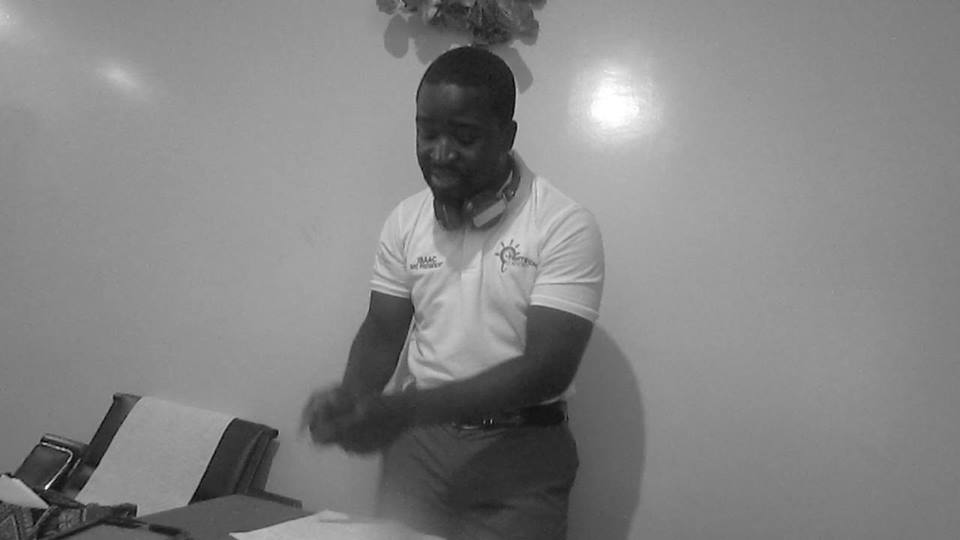 3) Abdul Karim: Very few people can own a tournament, few people even struggle to defend in-house tournaments so when you win perhaps the most prestigious open tournament in West Africa 3 times in 3 appearances you definitely have to be regarded as an all time great and that’s why Karim is up here coupled with two consecutive GUDC Final appearances in 2014 & 2015. 4 trophies in all, the 3rd highest in the sub region. Karim is definitely one of the most formidable speakers in the circuit. 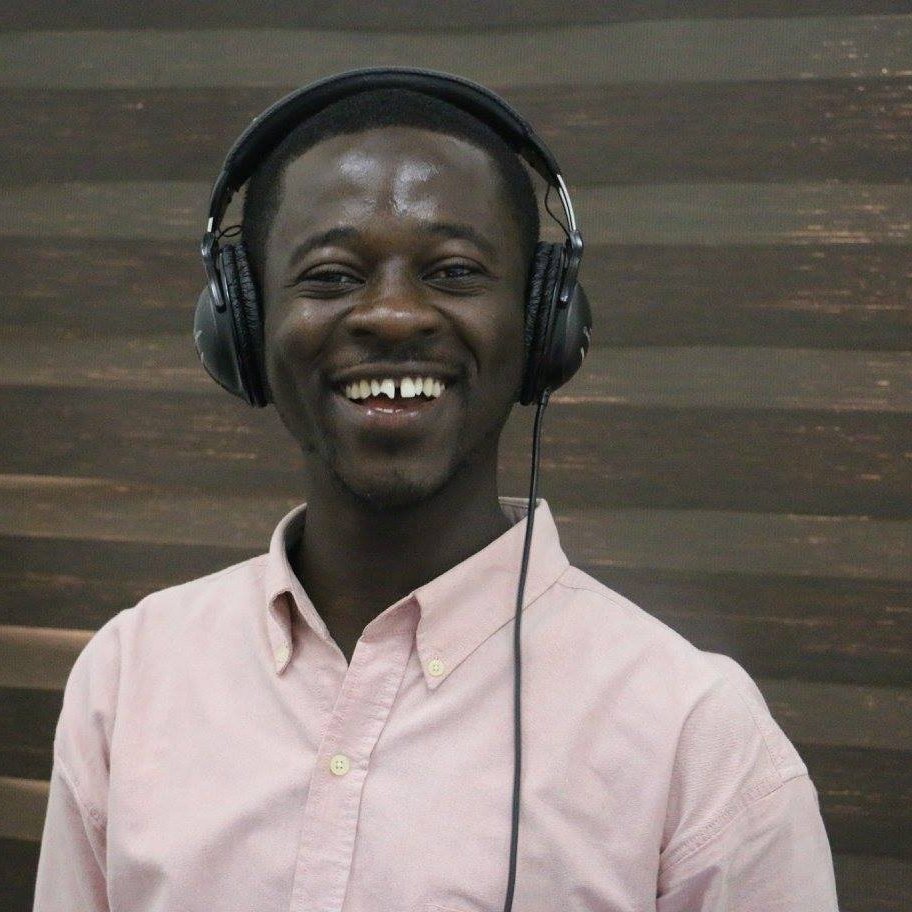 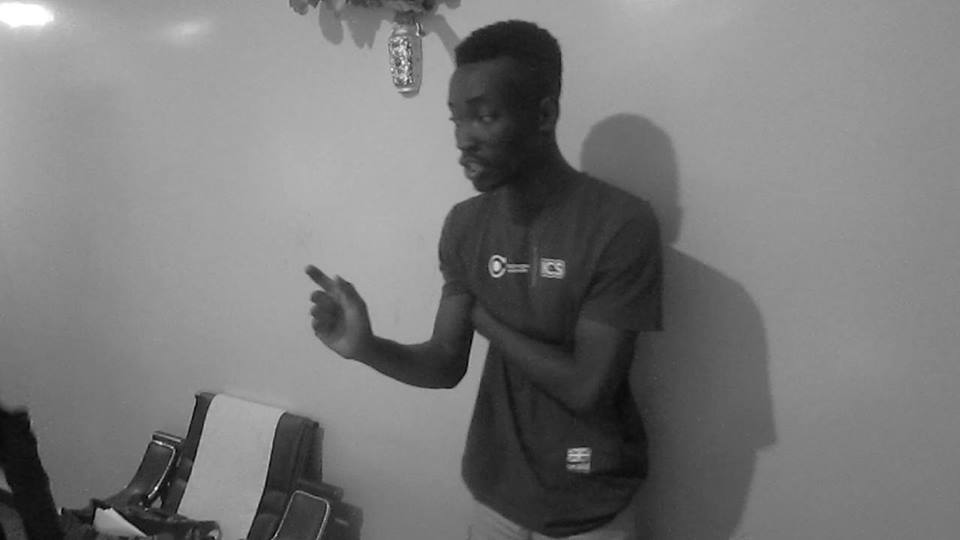 5) Kennedy Ekezie: Definitely the biggest export of the debating circuit. 2 time best speaker in Nigeria, more than anyone else and two record breaking points tallies in 2015 and 2017. Masters Round 2016 Champion, UniOsun Pre Pans 2016 Finalist and 2nd Best Speaker, NDC 2016 Champion. 3 Wins from 5 rounds at the prestigious Harvard IV 2016, only the 2nd West African to be DCA at Pans and the only West African to serve on an American CAP alongside greats like MDG and Veenu Goswami , Ken is one of the most relevant speakers in the sub region. 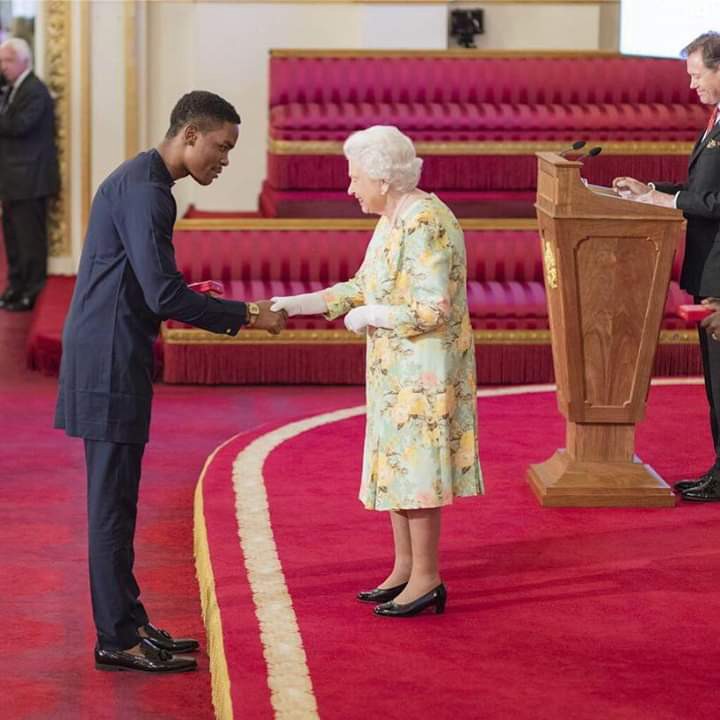 6) Joel Telfer : The other half of one of the best teams the subregion has ever seen (KarTel). 2 time Accra Open champion, 2 time 2nd best speaker in Ghana, GUDC Finalist 2014 & 2016, NDC Open 2016 Best Speaker and Finalist, Chancellor’s Cup 2017 Finalist. Widely respected and definitely one of the best whip speakers the circuit can boast of, perhaps the closest to Joseph Mireku. 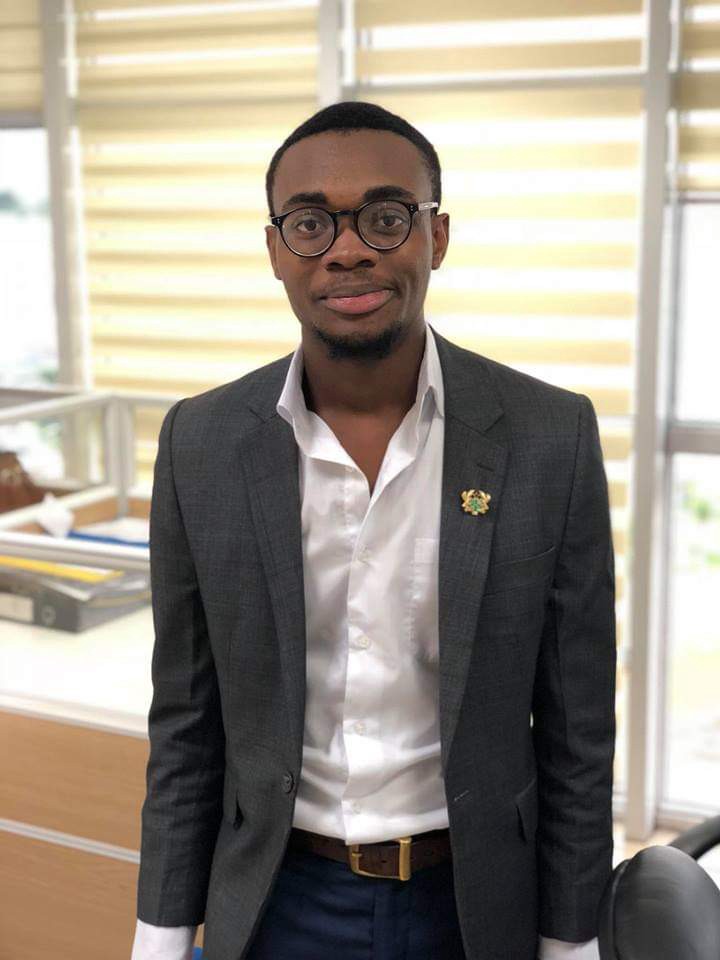 7) Elikplim Katehena: The highest ranked female speaker and for a reason. Two time Pans top 5 speaker, Pans Finalist 2015 joint first West African to make the Pans final. Best speaker Accra Open 2016, a remarkable feat given the calibre of speakers in the competition. GUDC Finalist 2014 and 2016. Elikplim is definitely one of the greatest speakers to do it, even though without a trophy, her numbers in the big stage are dazzling enough to place her up here. 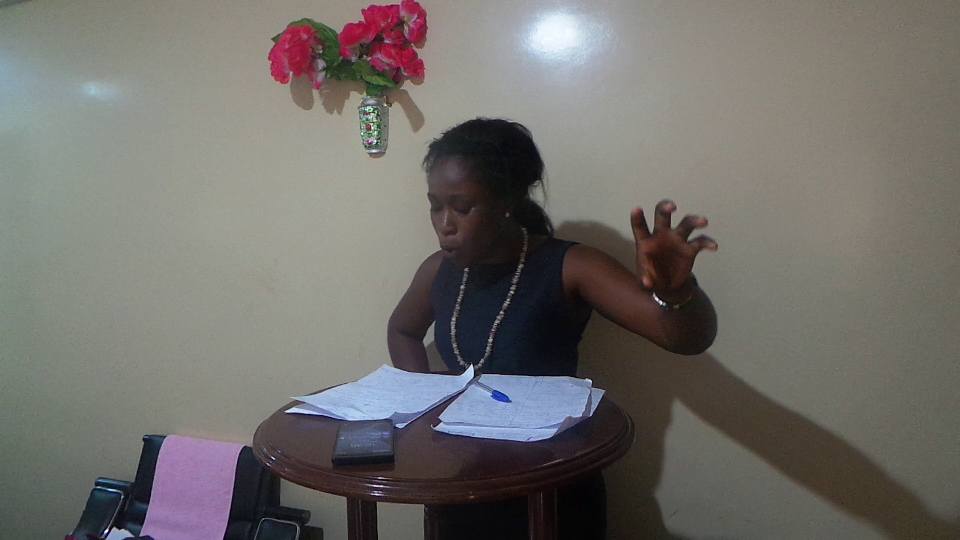 8) Ugochukwu Ogbuokiri : Best speaker in Nigeria 2014, Nigeria National Champion 2015, Pans Finalist and Top 5 speaker 2015, impressive track record and definitely one of the greats, Ugochukwu would probably rank higher on the list of a few other people, however because of the feeling that unlike speakers from 1-7 Ugochukwu isn’t super relevant and hasn’t been tested enough having only spoken at 7 tournaments all his career, 2 shy of my trophy count (9), he is 8th on my list. Rumours about a possible return at Lagos Debate Open are in the air waves, I’ll like to see him prove himself once again. 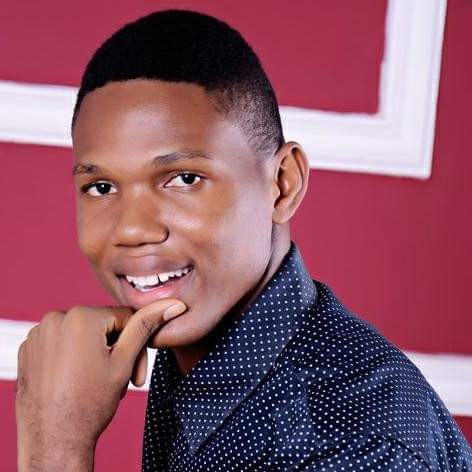 9) Aurelia Abena: Its easy to forget just how great she is since her retirement and transition into the corporate world. Only West African team to make the break at Paudc 2014 (First WA break on Southern African soil). Highest breaking West African team again at Paudc 2015 with the highest points accumulated. Best speaker and first breaking team of the inaugural edition of Hogwarts, Ghana’s elite tournament. GUDC 2016 Finalist. Aurelia’s has served on more CAPs than any other female speaker in the subregion and has been very relevant. She is arguably the flagbearer of women in debate, has been a model and mentor for countless young female debaters till today. 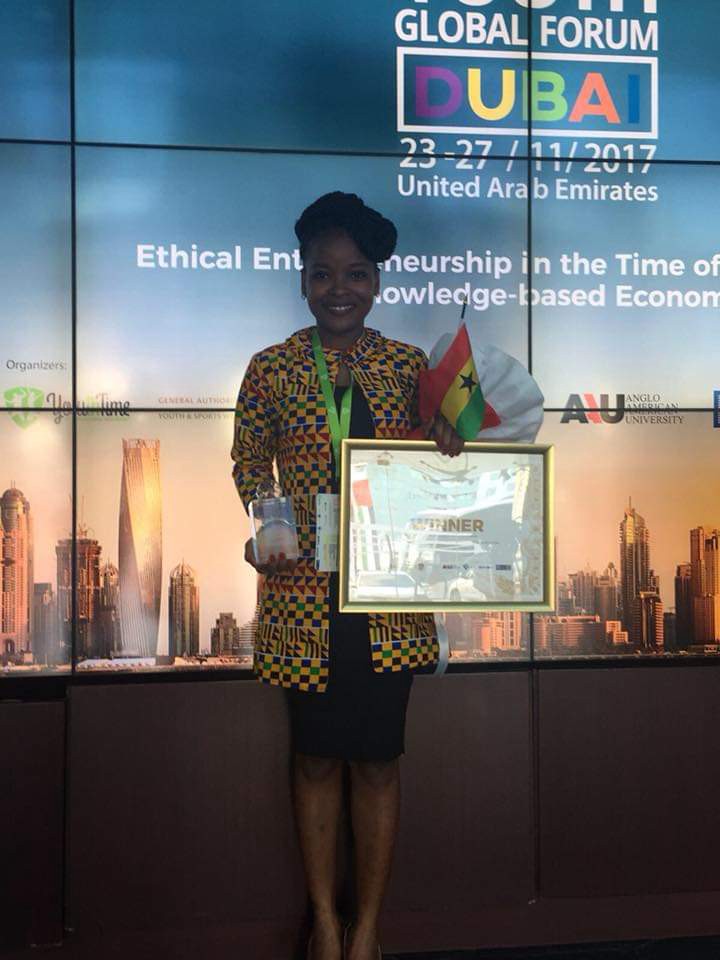 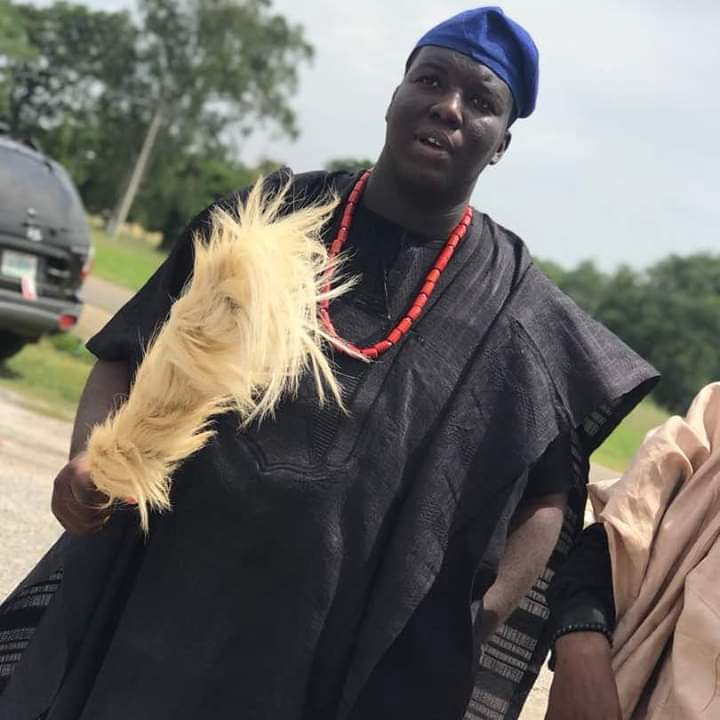 11) Henry Uwakwe: One of the most intelligent speakers in the circuit unarguably. 2015 Pans Finalist, ANUDC 2013 & 2014 Finalist, ANUDC 2015 2nd breaking team, ANUDC 2017 Finalist, NDC Open 2015 best speaker, Masters Round 2015 Champion his only major trophy. Henry has made all the finals of Nationals he’s competed in. No one can argue with his consistency 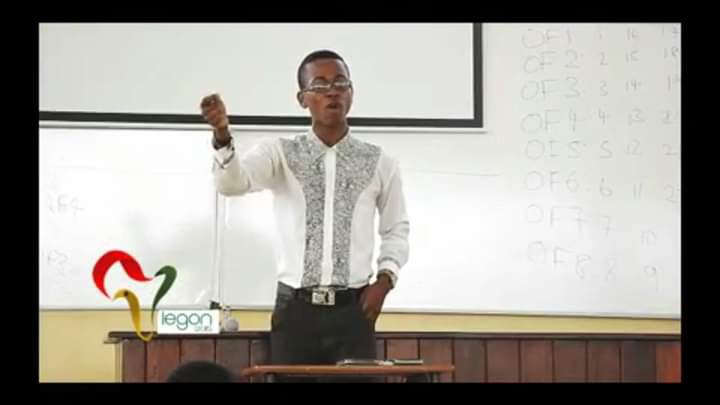 12) Derrick Ackah: Derrick is technically gifted. His unexpectedly brilliant run in Pans 2015 ended with a well deserved Semis spot. He’s been in finals of Accra Open 2015, Hogwarts 2016 and Genesis Open 2018 . He has been champion of 3 important tournaments, Accra Open 2018, Chancellors Cup 2017 and Calabar Debate Open 2017 and his spot in history is well earned. 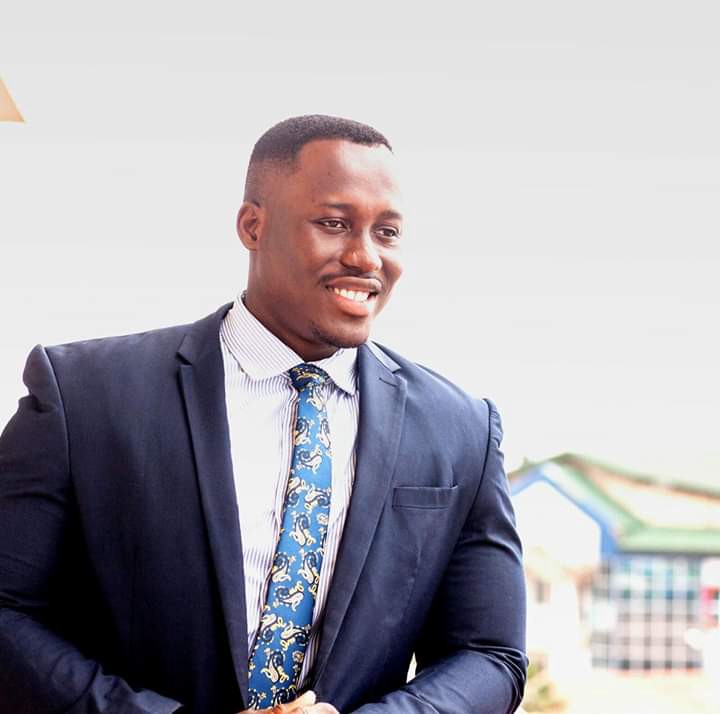 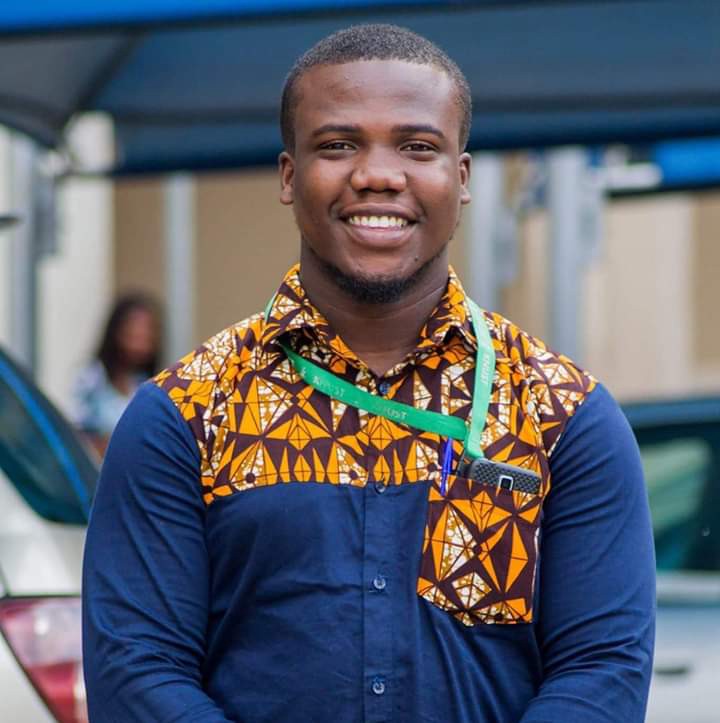 14) Joseph Mireku: Tin-Tin is undoubtedly the best whip speaker in this sub region, detailed, thorough and direct. He was first breaking team at GUDC 2015 and a Top 4 speaker, GUDC 2014 Finalist, he was Semi-Finalist at Accra Open 2016 & 2017, he was also Semi-Finalist at Chancellors Cup 2017, Finalist at Trans-City Cup 2017, 3rd best speaker and Finalist at the prestigious Hogwarts 2017. His big break came in 2017 GUDC where he was crowned 2nd best speaker and Champion. 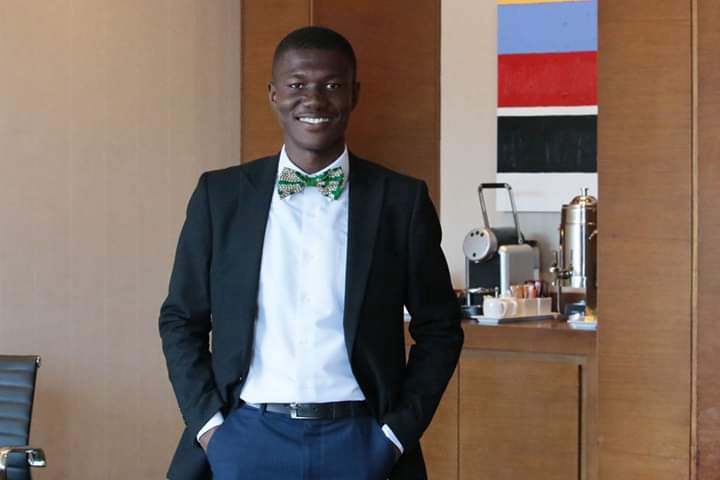 15) Belinda Boahin: Belinda is the Queen of GUDC, having been crowned best speaker 3 times in a row, she was a finalist in 2014 and semi finalist in 2016 . Together with Joseph Mireku, she formed the deadliest partnership from Closing and terrorized GUDC for quite some time. Belinda wraps up my list of who I strongly believe are West Africa’s best 15 Speakers of all time. 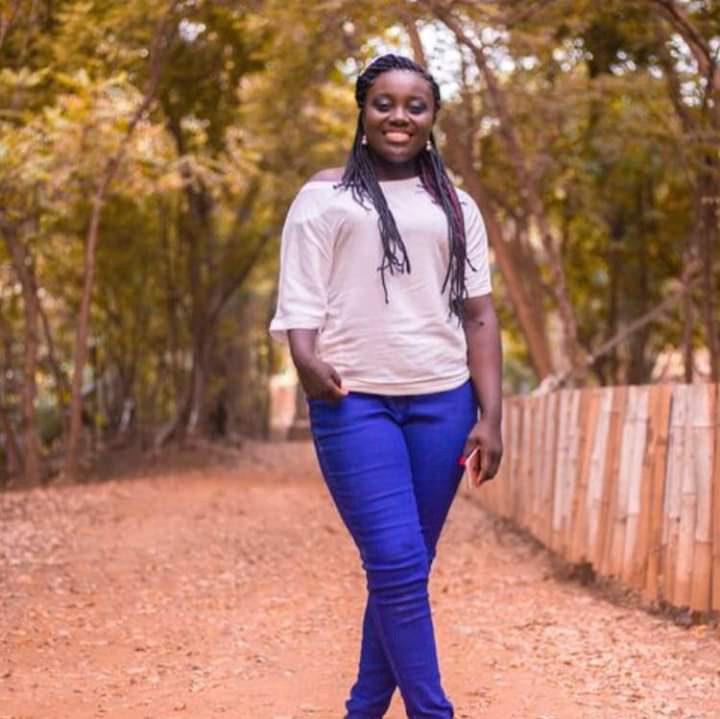 West Africa has been blessed with a plethora of excellent speakers and making a Top 15 list is really tough. The following are people heavily considered for a place in my Top 15 but who missed out for varying reasons, they deserve a mention.

•Owusu Michael: Formed one of the most lethal partnerships with Abu Rasta and won Nationals in 2014 and Hogwarts 2016.

•Ida Masley: One of the top female speakers in the sub region. GUDC 2015 Champion.

•Victor Jasper: Nigeria’s 2017 National champion, Has made the most semifinals in the circuit and perhaps has the most CAP appearances.

•Adu-Poku Richard: Came out of retirement to make the Genesis Open 2018 final, was first breaking team Accra Open 2015, Top 10 speaker GUDC 2015 and is worthy of a mention.

•Sandra Chukwurah: The other half of one of Nigeria’s finest teams. Was finalist at Nationals 2014 & 2015 and was Nigeria’s best female speaker for a long time.

•Nzube Nwakoro: Best speaker in Nigeria 2016 and first breaking team. 2nd best speaker in 2015 and Finalist. Zubby is one of our greats.

•Tobi Agbede: Champion of ANUDC 2016 and best speaker of Accra Open 2017, Tobi is widely regarded as one of Nigeria’s best female speaker. 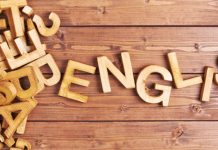 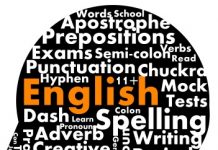 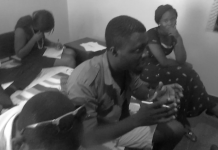 HOW TO WIN WITH CONSERVATIVE IDEAS 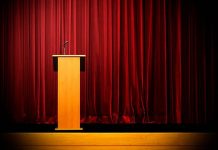 WE SHOULD ALL BE PUBLIC SPEAKERS 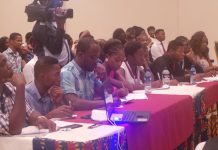 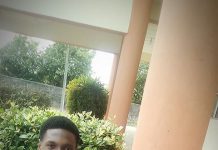 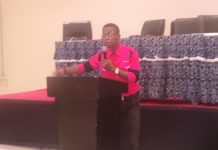 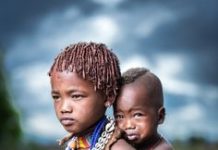 THE MENTAL RENAISSANCE OF THE AFRICAN CHILD