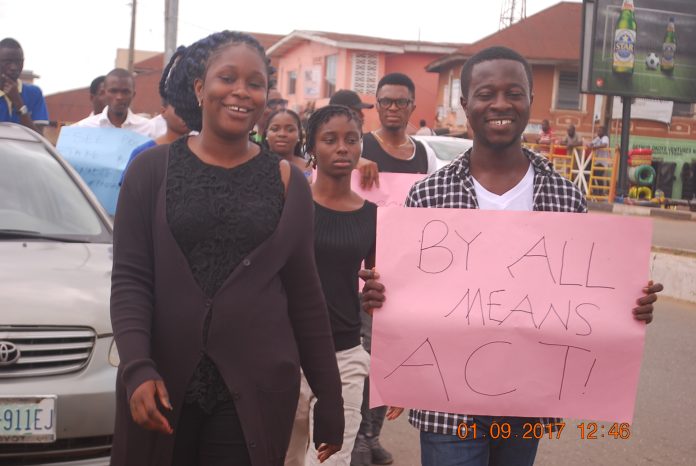 Perhaps the broadest theme, deeply underlying almost every relevant concept there is. Politics ironically may also be the most misunderstood concept, in debate.

I am a debater.

These may perhaps be the most contradictory set of statements since Judas had both the destined and the choice to betray. The reverse of the statements above may not necessarily translate into success in debate all the times, as ‘’indeed empires have been built by those who don’t know their left from right’’ but good knowledge distinguishes the fool from the wise. Good debaters are known beyond the 7th minute and the essence of news and understanding of politics to that cannot be overemphasized.

It is the most important social institution, an ignorant departation from Marx’s widely held position that the Economic institution is the basis of social structure, yet, so true in its essence that the Political institution is at the core of social structuring. The inevitability of our daily encounters is a given, yet as debaters we know so little for comfort. At the heart of it is the popular statement that; ‘’politics is for politicians’’. It is not the goal of this piece to revive political consciousness, but to say it is a necessity to appreciating the veracity of our ignorance and the role in improving our chances of winning debates is to state the obvious.

A lazy guess is all an average bin room frequent needs to understanding where popular themes that influence motion setting come from. It is all in the news and it is always influenced by our polity. Where we deviate, we are still guided by what goes on around us for it is rare to imagine and create without any influence from the environment we live in.

A fair appreciation of the varying spectra of political ideologies would be significant in having quick understanding of motions and effective structuring of cases. From Noam Chomsky’s darling Anarchism founded on the desirability of non-hierarchical societies and a notion that the State should be removed because it is harmful and unnecessary, to Plato’s belief that the best for a society is the presence of a benevolent dictator or more accurately the Philosopher King who has the interest of the masses at heart, one is sufficiently equipped with skills in arguing out motions that endorse chaos or promote anti-modern democracy propaganda.

Perhaps the most popular modern political ideologies, liberalism and conservatism inform the vast majority of motions. Beginning in England, Sir John’s Treatise of Government 1960 among others was to set a strong foundation for liberalism; the ideology that strongly shoots off on the heels of stronger individual rights and freedoms. In direct contrast to that, Sir Edmund Burke and others provide an equally compelling case for conservatism and for tradition. It is to say communality provides more stability and concreteness against the fragility of individualism.

And so from all shades of Anarchism (autarchism, makhnovism, panarchism) to Centrism, Feminism, Environmentalism, Fascism, and the millions of ‘isms’, it is clear that there numerous ideologies  that can shape our understanding of the human society today, and as a debater you should take interest in knowing as much as you can. The scope of this article doesn’t allow for a thorough elucidation of these theories and the many others that shape the political institution. It is however instructive to appreciate that a good understanding of these provide debaters with the necessary foundation to rationalize and build ideas on political thought.

However as important as these ideologies are, the reality is that they are never enough to win. It is one thing having a ‘barz’ book replete with all the fanciful theories and another actually applying them to win. In fact motions rarely take the form of literal theory constructions. In the next debate tournament you attend, chances are the concept of Islamic radicalism would emerge without the mention of Huntington’s Theory of the Clash of Civilizations. The expectation is that you will do the right inference if you are to win. This point is critical to succeeding in debate as many new speakers are often of the mistaken impression that merely knowing theories is enough to win. It is not the case. By all means know them, to serve as a foundation of thought and argumentation but what is more important is to know how to appropriately apply them.

From the foregoing, it is important to note that the obsession with theories without appreciable understanding of the appropriate application is unhealthy. It is better to always practicalize the theories by drawing examples from your environment to be able to persuade judges better. If we take the example of C. Wright Mills’ Sociological Imagination, the literal definition of ‘’the awareness of the relationship between personal experience and that of the wider society’’ is almost useless in debate where one has to place a burden on the State for individual discomfort. A more useful application, where one fully understands the theory will be that, if the said discomfort is not peculiar to an individual but affects many others individually no matter the different forms it may take, then one can reasonably conclude that it is more of a social problem rather than an individual’s.

Societies are defined by inequality and power struggle. It is the underlying cause of conflict and so when Karl Marx propounded the Social Conflict theory, it was to say that essential to change and progress is the friction of ideas which would lead to the ultimate emergence of a new and stronger order.

Modern Conflict theorist C.Wright Mills perhaps puts into better perspective, contemporary problems of inequality in power and resources. It is to say and as is evident in contemporary struggles, wars etc that always at the core of social troubles and anarchy is the problem of inequality and imbalance. Faced with any motion on this theme, whether it is on World War III, American invasion of Fuckhudistan, Boko Haram vs Nigerian army etc, it is instructive to understand the underlying challenges and how they play out for the respective actors.

Conflict in debate largely happens under two broad themes; the first is for the purpose of this piece regarded as Soft and the other Physical/Hard.

Soft Conflict is very subtle and misleading. In THS Japanese Military Pacifism, we are invited into a soft conflict of ideas. Here one is expected to put contrasting strategies together and determine which is better. It is this friction of ideas that underlie Karl Marx’s Dialectical Method triad where a proposition (thesis) is pitched against another (antithesis) for a compromise or a superior outcome (synthesis).

Physical/Hard Conflict as implied in the name refers to aggressive clash or confrontation often as a result of non-compliance, self-preservation or disagreement. Classic examples may be the numerous wars ongoing in the world today. In both instances the nuances in the conflict would require different approaches in debating but the ideas are similar. It is therefore important depending on where one stands in the debate to identify the actors and the issues that are most significant to them. Refer to (Asamoah 2017, When Minorities Are The Last Option) for how to apply minority struggles in Conflict motions.

Ultimately it is important to note that there is never a single universal approach to all debates that is themed around politics or any which idea. Debaters have various strategies to approaching motions and each may work in its own right. Notwithstanding this position, having a basic idea on how motions are structured and the requirements going into any debate is essential. Where motions are themed around issues on the structure of society or even a miniature of it in the form of any other institution, it is significant to look out for; majority vs minority interest dynamics, friction [where it exists], and the most appropriate and effective way of reorganization.