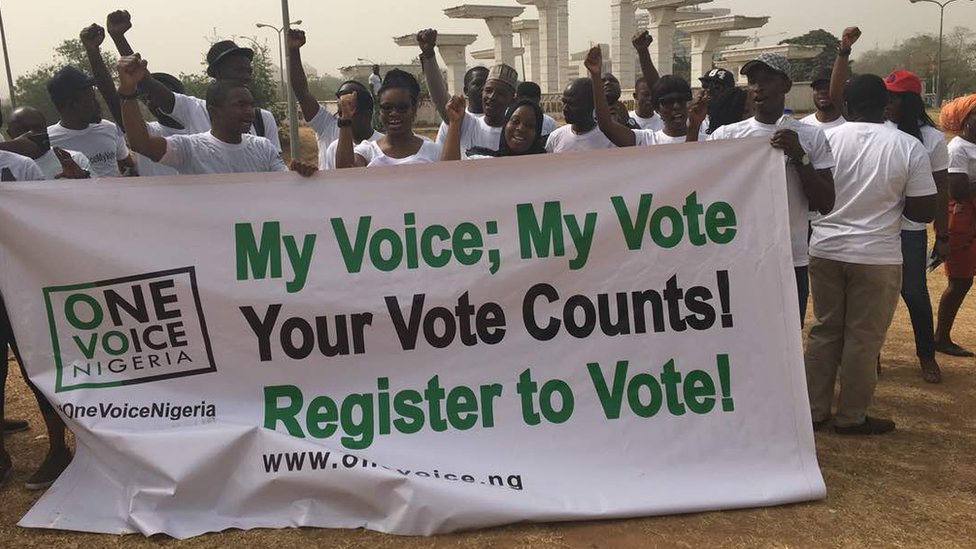 What is patriotism? Is it the ritual of singing the National anthem at the start and end of our official gatherings? Does it mean going along defending without question the orders of its leaders regardless of whether or not they effectively sail us towards growth, development, freedom, peace, and unity?
Patriotism means to defend and stand by the country. It does not mean to stand by a president or any other public official, save exactly to the degree in which they stand by the country. It is only patriotic to support a cause to the extent in which its end efficiently serves the country. (Theodore Roosevelt, 1918)
Creating the Nigeria of our dreams is a duty that rests on the shoulders of us all. It is a goal that can only be achieved by the unwavering commitment of we all as citizens, playing our parts one selfless service at a time. The importance of selfless service to the nation cannot be overemphasized, as it encapsulates all that patriotism stands for and all that patriotism does in helping us create the Nigeria of our dreams. Over the years, there has been a loud culture of selfishness that has continually pervaded our country Nigeria and its involvement in stalling our national growth and development has become colossal. There has been a steady decline in upward mobility, opportunities, and improved living standards for the average Nigerian, and this can be attributed to the longstanding atmosphere of selfishness, nepotism, cronyism, and greed.

The Nigeria of our dreams is a Nigeria in which peace and justice reign. It is a Nigeria with endless opportunities for everyone regardless of social class. And that Nigeria, is only possible in a socio-economic climate that is devoid of bribery and corruption, embezzlement of public funds, and discrimination on the grounds of tribe and religion, as the presence of these vices is an indictment of the absence of patriotism. Nigeria boasts of a huge concentration of human and material resources, but the gross mismanagement of these resources and the siphoning of opportunities to satisfy individual selfish ends has formed a complex interplay that negatively affects her growth and development. The only way to redeem Nigeria is to build a generation of Nigerians that put their country first.

For far too long we have stood on the sidelines, relegating the responsibility of redeeming Nigeria into the hands of some kleptomaniacs, heavily bigoted, power-drunk, and irredeemably corrupt group of politicians who have done a fantastic job of plunging Nigeria into a dungeon of debts, insecurity, and poverty. The vast majority of our country’s millennials have had to survive a broken system of education, lack of access to the bare minimum requirements for sustenance, and a socio-economic climate of stifled access to opportunities. Politics in Nigeria has been designed to be a game, and the designers keep on interlacing each other as players either by hook or by crook. This group of politicians has carefully created an atmosphere of voter apathy in the mind of the average well-meaning Nigerian, in other so they can easily hijack and rig electioneering processes. This they do by sponsoring the domestication of the narrative that ‘votes do not count. We must kill this narrative.

The narrative that votes do not count is a false one. Whenever people go out en masse to vote, it becomes impossible to rig such elections and that is why when voter apathy is not guaranteed some sponsored elements tend to attack polling units and instill fear in the minds of voters, so they become scared to go out and vote, as a result of the fear of being attacked. If votes do not count nobody will attack or try to disperse voters in polling units. It is no longer news to us that some desperate politicians buy votes, they spend millions of dollars on buying delegates at primaries also. The reason politicians pump so much money into campaigns and vote-buying during elections is that votes count. The next paragraph of this article will shed a little light on how voter apathy is the most prominent recipe for any election rigging to be successful.

The pathogenesis of every election malpractice is the failure of citizens to carry out their civic responsibility of voting and defending their votes. Take for example; A polling unit has 1000 registered voters. On the day of the election, 1000 ballot papers will be provided at that polling unit to sufficiently cater to the 1000 registered voters. If on the day of the election only 300 persons come out to vote, there will be an excess of 700 ballot papers. Regardless of which candidate won in that polling unit of the 300 casted votes, the excess 700 balot papers could be used to overturn the results, as a few persons could thumbprint the remaining ballot papers in favor of another candidate and alter the overall results of the election.

We can no longer afford to be unpatriotic and unconcerned about what happens in our country because when push comes to shove we will have no place to hide. Many people refused to vote in the past elections because they either want to be intentionally unconcerned or because they are scared of losing their lives in the process of voting. But then, the sad reality is that many of those persons are dead now. Some died in the Kaduna train attack, some died at the hands of terrorists and bandits, some were killed in church while worshipping, some were killed by trigger-happy security personnel, and some died due to lack of access to bare minimum health care provisions… We must sympathize with all fellow compatriots that have become victims of ‘Nigeria’, but at the same time, we must do our best to redeem this country. If we fail now, it might take another 8 years before we get another chance to do it.

The charge is simple! Get your PVC! Vote where your conscience is, vote for credibility.

Do not vote for a candidate because you think your preferred candidate will not win.

For the sake of those that died during the Endsars protest, for the sake of the Nigerians that died in the Kaduna train attack, for the sake of those that died in the Owo church attacks, and thousands of others who died and did not even get the dignity of having their killers brought to book we have to come out in our numbers and vote. We must make a statement and break the hegemony of the eco-landed gentry that has stolen our country and turned it into a private property that they have bought with proceeds of their past loots of our national treasury.

In conclusion, Candidates who bought delegates to win party primaries cannot promise an equitable government if they get into power. God bless Nigeria.