Society has ideals that it holds sacred and most cherished. In Africa, it seems like a taboo to derail from what is traditionally known as the norm. This covers a wide range of issues including but not limited to gender equality, personal liberties, sexuality and of course choice of religious inclination. However, some of these issues are pardonable except the issue of the choice of sexuality(permit me to use the word choice in this instance).
Society has defined how sexual relations between humans should be done. And on a scale of Preference, you can find monogamy, polygamy, Sadomasochism, pedophilia relations, rape, sleeping with animals amongst others. However this is arranged is up to whoever decides to take the laws into his/her hands. The surprising thing is that you won’t find same-sex relations on that scale even at the bottom of the scale. Society consciously and unconsciously frowns at the thought of it. And the question about why this is so is not something I want to delve into but the question of why it shouldn’t be so is something I want to discuss in this article. 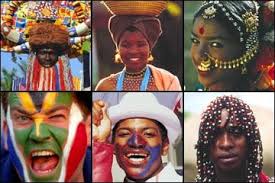 Through the decades, gay people struggle with acceptance in society and inner conflicts as a result of the stigma that comes with identifying with any other sexual preference other than heteresexuality. There is the shaming, the bashing, jungle justice and to crown it up all, the laws that favour and justify the oppressors in this case. There are also the hate speeches and verbal condemnation that come from the religious places like the churches and mosque. All of these make these set of minorities see society as a hell on earth and this has caused depression and led many to committing suicide. A few questions have always popped up in my mind anytime there is the issue regarding LGBTQ people. One of such is, why do victims of gay discrimination not change their sexual orientation knowing that their lives are at stake as they are subject to verbal and physical abuse? Why is there an inner conflict among these gay propel that lead to depression and suicide? Why is society fighting them for something they feel they have no control over? Should society make the lives of these minorities anymore traumatic than it already is? Does the option of imprisonment as a punishment deter these people from committing this said crime. And talking about what the state deems and qualifies a crime is the notion that two consenting adults decide on what to do with their bodies without hurting a third party is something bizzare. What happened to tolerance to individual differences? What happened to the accepting different people seeing as we are all different in one way or the other(either culturally, religiously, ideologically etc) 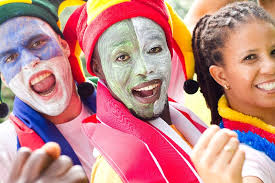 It is high time society stops dictating to people what they do in the privacy of their bedrooms(except and unless it is harmful to any of the parties involved or a third party). It is high time society begins to appreciate people based on their abilities, resourcefulness and contributions to National development and not their sexual preferences which have lesser impact on the larger society. It is high time we faced real problems facing the nation-problems like corruption, bad governance, economic recession, embezzlement, illiteracy, intolerance etc. Gay people are not our problem. In fact, the discrimination against gay people is just out of hate and nothing more. Nobody should bring up the excuse about how this isn’t our culture(go and read your history books). Nobody should also sing about how this is religiously wrong cos Jesus didn’t say you should kill gay people for being gay.

This is an introductory piece. Sequel pieces to this will discuss in detail the Why LGBTQ people should have a right to live their lives without hate or discrimination from society. Until then, Peace.