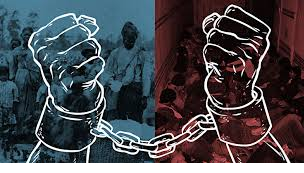 In this reply article, I’ll be showing a couple of things.

Before getting to the crux of my response, some clarification about the nature and permanence of the poverty.

The author, Prince Asamoah when he speaks about how a global poor will always exist is to my mind wrong for conflating two separate types of poverty.

In as much as I agree that some individuals will always exist who possess less than others at the top of the socioeconomic hierarchy, I believe we must distinguish the state of absolute poverty which the “global poor” live in today with a state of “relative poverty” which I believe will still exist even in the most egalitarian forms of socialism.

In the former, the poor are the outcome of labour exploitation, government corruption, imperialistic conflict stoking and or much more. They live in a state bereft of even the most basic of human necessities and their lives are indeed short and brutish. In the latter more egalitarian world, though many will possess less materially than their counterparts at the top of the socioeconomic pyramid, they’ll not want for the basic amenities of modern life, nor will they lack the duo of education & income essential for social mobility.

This distinction between the global poor and the relatively poor is best exemplified when we look at poverty in Scandinavian countries (socialist democracies) vs poverty in the third world. Even though poor people remain in Finland, their poverty is far from the absolute kind suffered by the street urchins or sweatshop workers in India.

NEW CAPITALISM: WELFARISM FOR THE RICH

In 2011, a watershed study came out of the Levy Economics Institute of Bard College, titled “$29,000,000,000,000: A Detailed Look at the Fed’s Bail-out by Funding Facility and Recipient” by James Felkerson. This study revealed how Bernanke’s Federal Reserve in America spent what is equivalent to 37% of the Global economy on Wall Street (CIA World factbook 2014 reports GWP as $78 trillion USD). 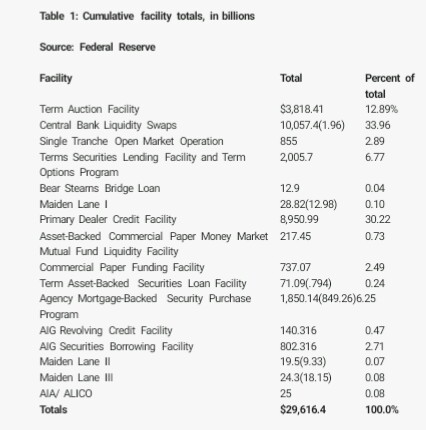 Think about that for a second…

The world’s poster child of capitalism was engaging in welfare payments on a scale never attempted by even the USSR.

The Eurozone spent about €1.6 trillion to bailout banks from 2008-2012 {http://www.telegraph.co.uk/finance/economics/12076186/Europes-trillion-euro-bank-bail-outs-are-over.html} and another €544 billion has been spent since 2008 to bailout 8 of its member states -none of which are the social Democratic states of northern Europe {https://en.m.wikipedia.org/wiki/Template:Bailout_programs_for_EU_members_(since_2008)}.

Recognize that in pointing out these examples, I am not questioning whether super rich bankers and financial institutions whose recklessness crashed the global economy or profligate governments with overbloated recurrent expenditures should have been rescued, that is a conversation for another article. What I’m alleging is that “a free market” with so much welfare propping up the bourgeoisie using the Commonwealth (taxes) is a feature of today’s capitalism and such is no different from socialism for the rich.

The final evidence I’ll offer on how today’s “Capitalism” is leveraging collectivised resources and bargaining power to empower the rich few is this:

Nation states have and are pushing “free” trade deals such as TTIP, TPP, TiSA and more which are clearly geared towards eviscerating the ability of small companies to compete locally and internationally (analysis for this found here http://www.forbes.com/sites/stevedenning/2016/03/08/should-we-blame-trade-agreements-for-loss-of-jobs/#59569d954320).

The foregoing makes it apparent that capitalism today hesitates not in leveraging the power of the collective for the rich. In bailing them out, giving them lines of credit at near 0% interest rates and or negotiating trade deals that empower multinational corporations, today’s capitalism is antithetical to a truly FREE market and also importantly, is hypocritical, considering its rejection of welfare for the global poor while providing same for the rich.

WELFARE AS AN INEVITABLE END OF SELF-INTEREST

The author speaks of capitalism (and free markets) as the only extant system which accommodates the self-interest of man. While it is true on one level that a free market and mechanics thereof is better than a centrally planned market for allowing individuals maximize their accumulation of wealth, it is also true that such self-serving pursuit of wealth leads inevitably to market crashes and the self-interest of man motivates one to plead for aid at such times. Thus if unfettered capitalism creates a boom-burst-bailout cycle, it proceeds naturally that welfare must always exist in capitalist systems lest they tend to chaos in society.

IF SOCIALISM FOR THE RICH IS CALLED CAPITALISM, THE GLOBAL POOR WANT SAME

Contemporary Capitalism far from being as the author says a system unique in its acceptance of human self-interest is merely one of such systems. From ancient times to the feudal states, to the mercantilism of the colonisers, till today’s capitalism, we have had self-interest as the unchallenged default assumption in economic modes of organization but for communalism in Africa, pre-colonialism & communism in the 20th century.

The only difference between those systems of organization and the capitalism that survives today is the scope of actors whose self-interest they accommodated. Feudalism privileged the landed gentry, slavocracy the slave owners, mercantilism the states… and today’s capitalism the multinational corporations. Despite pretentions otherwise, capitalism today is the creator, not liberator of the global poor. The mobility of capital has destroyed the bargaining power of the proletariat as industries can simply relocate to a cheaper country. The global poor cannot afford the health, time, education necessary to achieve social mobility. By definition, their lot is to be the exploited underclass created by capital, the goods of their labour forever unaffordable to them.

If America spends $29 trillion dollars on its people (instead of Wall Street), if the EU nations injected €2 trillion directly to their populace, if the world over, nations saw the bailouts of the bourgeoisie as equivalent in consequence to the welfare programs for the poor they much malign, and radically inject the needed resources to develop their human capital, only then will the poor find social mobility. 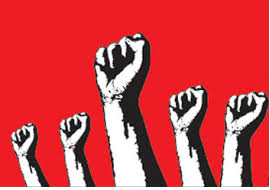 In the end, Capitalism might offer hope to the poor, but socialism (or Socio-capitalism) is salvation.