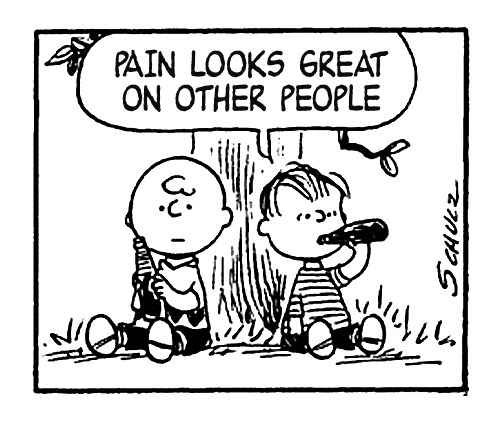 There is a certain conception of reality we have of the world. It is so deeply ingrained in us that whenever we come into contact with alternative facts, our resistance is as obvious as the shock. And so irrespective of who one is or where from, the general conception of life is that it is a rigorously tortuous journey that we must be ready to sweat through at all cost. The alternative of an easy route is always met with scepticism and critique. If you are not solving the greatest mathematical mystery like Russia’s Gregory Pelleman so that you can have a nervous breakdown, you should be inventing something awesome like Facebook and these are the easiest. Alternatively you could be a boxer or work 8-5 in a coal mine or wherever; just work hard. There is no room for the Mia Khalifas or Moesha Boudong. No. Sex is out.

Today in Ghana the news is out and the rage is on. Jurists of Ghana’s Social Media Order, are out there with a verdict on a popular social media slay queen. Moesha Buoudong on CNN’s Christine Amanpour Sex And Life Around The World show revealed what has come to be a shocking revelation hitherto unknown to any man or woman in Ghana. Apparently no one knew that the economy is hard and so everyone needs support. That as a young woman who has just started work, you need assistance to make it through the bills, the rent and any other lifestyle you choose for yourself is a situation too familiar with us. The objections have been varying and keep coming. For some, everyone should just live within their means, others think it is another victory for the feminist cause and for some it is simply wrong to make money off your body [sex].

It should be clear at this point that there is nothing new. It is obviously a vicious cycle that reinvents itself with occasional change of characters. Today is the turn of one of Ghana’s famous slay queens but the issues of bodily autonomy and agency, human dignity and morality are obviously familiar.

It is trite knowledge that an economy as weak as Ghana’s is hardly comforting in any way. Graduate unemployment rate in Ghana though disputed stands at around 12 percent. The cost of living in Accra for instance is extremely humbling. It should take the average worker a good number of years to make enough for a very comfortable life. As a lower-middle income economy, Ghana is among the countries that are most vulnerable to devastating economic

shocks. Whilst the nation’s efforts to achieve the United Nation’s Sustainable Development Goals provide some hope, the failure of past public policies provides reason for cautious optimism. Recent assessments by the Government of Ghana, the World Bank, Oxford Policy Management, UNICEF and other organizations on public interventions in Ghana point to minimal results. But somehow the suggestion is made to all that, any departation from the conventional money making procedures, if not in tandem with our moral expectations even if not criminal, should be condemned. The idea flows from a highly perverted sadist mentality that there is dignity in suffering and ‘hardwork’. Apologists are quick to point to the struggles of those who crawled through the filths and obscenely inhumane slums of Accra to riches as worthy examples to emulate. While those stories are refreshing to hear, they should never be elevated to a standard that makes everything else contrary to them less honourable.

Again were the Ghanaian economy even good enough to accommodate all who are willing to work, the idea that anyone who chooses an alternative income generation lifestyle is immoral is extremely offensive. In the world today, it is somehow acceptable, even encouraged that Floyd Mayweather should resort to a sport that places two adults in a ring with thousands around it, whom at the instruction of a referee beat each other to pulp. In this exercise otherwise known as boxing, you score more points if you can accurately target the face of your opponent and hit it continuously. Elsewhere in Konongo, hundreds of young men have died in mining pits in search of gold and today there is another young girl probably in the scorching sun at Maza Maza in Nigeria selling iced water in traffic. The moral decadence of our society today is far more demonstrated by the fact that we have accepted these jobs as more dignifying than a decision to go into a sexual relationship with any man just so one can live a comfortable life. It is extremely shocking that presented with these cases we would consider the latter so objectionable that we would rather Moesha took the hard [assuming sexual relationship for money is so easy] road.

The demonstration of hypocrisy is almost suffocating. It is a primary assumption of the capitalist regime we have chosen that we must all be responsible for our development. We are encouraged to be innovative and to deploy whatever skill available to us in the pursuit of that development. In light of this, it is alright for Cristiano Ronaldo to choose to not do a construction job in Portugal but use his legs in the game of football and make millions every year. But somehow Twitter is awash with moralizers who believe that if another person [woman] treasures the graciousness of her boobs or the glory of her clapping ass, she cannot sell her twerking skills or any other such for a living. Incredible!

But those who reject the conduct in question may have a point to which feminists cannot merely scream ‘choice’ out of. Ordinarily the gender battle would not arise if commentators would stick to the core issues. We cannot pretend the women empowerment industry is an entirely noble one. Just like it is with any social problem, there are many who have so strategically positioned themselves to feed off the phenomenon. You see them often by their double standards, indiscretions, unconscious flip-flopping, snowflaking, victim porn as well as their numerous organizations scattered around. In opposition to those who condemn women who make a living off their sexual traits, feminists have argued bodily autonomy and agency as if they are constructs absolute in themselves. Where the reverse is the case, men who sell their sexual traits for financial reward receive the same reaction. It goes without saying that the objection to the act is one of morality and not gender. And the preponderance of cases in respect of women is not enough to make it a gendered one. It is a thin line between society’s general attitude towards sex for money and its prejudice against the sexuality of women.

It would appear that the general apprehension towards commercializing one’s sexual traits is paralleled with the similar apprehension towards gambling or betting. The reason behind that I would argue, is a conscious effort to disincentive any economic activity that does not directly impact the system through creation. It follows the same reasoning underpinning why educational qualifications or skills influence wages in a manner such that ideally a medical doctor would earn more than a pupil teacher. It does not appear that sexual services have been duly incorporated into the general industry because if it were, the comedian DKB should not be more confident in what he does than Moesha.

To the question of; should there not be a standard to which we can hold everyone [or women] to as regards their sexual conduct, the answer should be a yes. The exception should only be made in respect of criminal offences as stipulated in law. And if the law criminalizes the practice in any jurisdiction, without proof of significant harm to third parties, such law should be repealed. Our collective obsession with sex and what is proper conduct in that regard numbs our ability to make an objective inquiry into the new shape morality

has taken today. If anything should trouble our conscience, it should the vast inequality, poverty and diseases of today.

As has been argued many times in the past, every generation thinks of its conduct as the worst in history. Truth or not, we are never returning to the evils of the Victorian era in the guise of attaining a certain moral perfection. We must therefore not take lessons from people who would rather you starve than get eaten so you can eat.