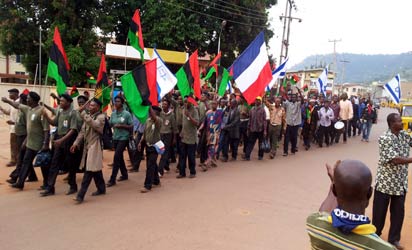 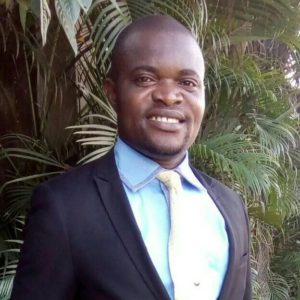 This paper examines the secessionist agitations in Nigeria and the legitimacy of the Biafran self-determination struggle. Emphasis is placed on the series of events leading to Nigeria’s independence, the Biafran war, and the attempts to foster unity among the various groups that make up Nigeria. This work also provides a way forward towards sustainable peace, and unity in Nigeria. The central argument in this paper, is how best Nigeria in view of the demands of 21st century governance can overcome her ethnic differences, in order to build a stronger Nation truly bound in freedom, peace, and unity.
Introduction
Nigeria is a country with great historical and cultural heritage. It is unarguably Africa’s most populous country, as well as the most populous black Nation, with over 250 ethnic groups and distant languages. Following the outcome of the 1885 Berlin Conference the area of West Africa that would later become Nigeria was ceded to Great Britain.
The introduction of indirect rule system by the British colonial government laid the foundation for division, nepotism that characterized the post-independence politics of Nigeria and this has always put a question mark on the concepts of unity inNigeria. The colonial government under Lord Frederick Lugard however went ahead to amalgamate the southern and northern protectorate to form what we have today as Nigeria. This false unity did not put into consideration the feelings and thoughts of the various ethnic groups that would later become the citizens of Nigeria. The implication of this political chess game on the future socio-political atmosphere of Nigeria was not also put into consideration. Hence the sound of independence bell in Nigeria on October 1, 1960 set the stage for the deconstruction Nigeria’s myths of unity as evident in the series of political crisis, and secessionist agitations that rocked the Nigerian boat shortly after independence. It is important to point out that before independence, the rapid exposure of the scholars of Igbo, and Yoruba extraction equipped them to be at the forefront of the call for self-government. However, ethnic distrust, fear of economic, and political marginalisation, lack of unified voice in view of national struggle culminated into the jostle for political favour over the choice of which ethnic group will produce the leader of the would be independent Nigeria. Thus the struggle changed from a united front against the forces of colonialism, to inter-ethnic struggle over which region takes over the reign of leadership in the post-colonial Nigeria. Therefore by the dawn of independence, the stage was already set for what would later be known in history as the Biafran secessionist war/the Nigerian civil war. In view of the increasing distrust among the political leaders of the various region, and the rich endowment of natural resources in Southern Nigeria, the British colonial government therefore, decided to leave power in the hands of Northern Nigeria who they viewed as their trusted ally. This they ensured by creating a political structure that made Dr. Nnamdi Azikiwe, the President and ceremonial Head, a role that can be likened to the role of Queen of England, and then made Alhaji Abubakar Tafawa Balewa, the Prime Minister, saddling him with the constitutional responsibilities of leading Nigeria. This political strategy, the British colonial government thought will consolidate on the positive legacies of colonialism and ultimately keep Nigeria together.

The Birth of the Struggle.

A Nigerian proverb tells us that a man who does not know where the rain began to beat him cannot say where he dried his body. (Achebe, 2012). The rain of secession that is beating Nigeria today began on the January 1, 1914 forced marriage of the Northern and Southern protectorate. The first Republic leaders like Dr. Nnamdi Azikiwe, Alhaji Tafawa Balewa, Chief Obafemi Awolowo, Dr. Okotie Eboh, etc, were much engrossed with the independence politics, rather than sitting together to resolve some of the conflicting socio-political issues that will pose a serious threat to the unity of Nigeria in the years following independence, this is because Nigeria’s independence was without any defining national ideology that addresses the issues of marginalisation and unity, therefore shortly after independence ethnic tension, and resentment grew like wild fire in a harmattan season especially against the Igbos. “Nigeria will probably achieve consensus on no other matter than their common resentment against the Igbos” (Achebe C. 2012, P.74). Similarly according to Paul Anger in Achebe’s (There Was A Country: A Personal History of Biafra, P.74-75). He explains;
With unparalleled rapidity, the Igbos advanced fastest in the shortest period of time of all Nigeria’s ethnic groups. Like the Jews, to whom they have frequently been likened, they progressed despite being a minority in the country, filling the ranks of the nation’s educated prosperous upper classes. It was not long before the educational and economic progress of the Igbos led to their becoming the major source of administrators, managers, technicians, civil servants for the country, occupying senior positions out of proportions to their numbers. Particularly with respect to the federal public service and the government statutory corporations. This led to the accusations of an Igbo monopoly of essential services to the exclusion of other ethnic groups.
His explanations throws more light on the high level of resentment against the Igbos, consequently shortly after independence, corruption, ethnic prejudice, marginalisation of the minorities, massacre of the Igbos in Northern Nigeria, and the silence of the government in the face of the pogrom, culminated into the brutal Biafra war of secession/Nigerian civil war. It is historically important to also note that some Hausa/Fulani settlers in Eastern Nigeria were also killed by the Igbos in revenge for the death of their kindred in the North. The war to the Biafrans was a liberation struggle, and freedom from an oppressive leadership that seeks to exterminate them, while to the Nigerian government it was a war to keep the country united against the forces of separation. 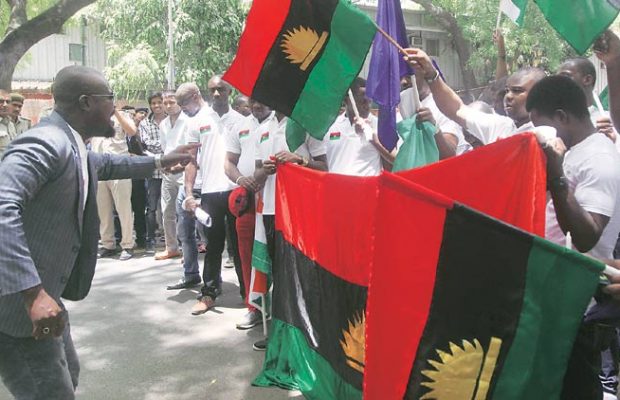 Between September, 1966-May 1967, there were several incidents of massacre of Igbos across the northern region, yet Gen. Gowon led federal government did little, or nothing to address the issue. By mid-1966, there were unwritten consensuses among Northern soldiers that there would be a July rematch with their Igbo colleagues in retaliation of the killings of the Northern political elites in the January 15, 1966 coup. In view of their numerical strength in the infantry, it was crystal clear that a revenge coup by Northern soldiers would have a drastic effect on the unity and stability of Nigeria. Although the then Head of State, Major Gen. Aguiyi Ironsi made several efforts to placate the North, through the promotion of soldiers of Northern origin, yet they were determined on matching their words with action. For instance, one of the newly promoted Lt. Col. Murtala Mohammed was not placated, in an unguarded outburst in the presence of Igbo officers; he referred to the Head of State, Maj. Gen. Aguiyi Ironsi as a “Fool”. In the long run, the counter coup was carried out on July 29, 1966, resulting to the humiliation and the eventual brutal murder of Maj. Gen. Ironsi, and Lt. Col. Fajuyi, in Ibadan. (Madiebo, 1980). This happened because of the ethnic coloration of post-independence politics. After the death of Maj. Gen. Ironsi, the most senior officer to take over as the Head of State was Brigadier Babafemi Ogundipe, but the coup plotters threatened to secede if they were not allowed to install a leadership of their choice. The De-facto coup leader Lt-Col. Murtala Muhammed insisted that they be allowed to choose the new Head of State as that is the only condition for cease fire. (N.U.Akpan, The Struggle For Secession). The breakdown of order and discipline in the military within this period resulted in the unabated continuous torture, and gruesome killings of Igbo soldiers and civilians in the north. Consequently Lt. Col. Ojukwu the then Governor of Eastern Nigeria called on the Igbos in the North to begin to make their way back to the Eastern Nigeria where the security of their lives and properties can be guaranteed. These happenings in no doubt undermined the concept of unity in the new nation. In response to Lt.Col. Ojukwu’s call, Igbos began to make there way back to their region, but not without encountering several deadly ambush laid in different routes by Northern soldiers. It is against this backdrop that Lt. Col. Ojukwu declared the secession of the Igbos from Nigeria on May 30, 1967. In view of the above, one will observe that the Igbos were brutally massacred by fellow citizens. Thus the concept of unity in Nigeria is better expressed in words, not in action. The unity of Nigeria therefore is expressed in the rich natural resources of the South; unity is further expressed in sports, cultural heritage, etc. However when it comes to political leadership, and economic opportunities, a very big chasm exist between the Northern, and the Southern Nigeria. To be more precise the North believes that political leadership in Nigeria is their manifest destiny. Issues bordering on resource control, marginalization of the minorities, political leadership, and social justice were also other factors that culminated into the Biafran secessionist war that lasted between May 31, 1967- January 12,1970.

The Road to Sustainable Peace, and Unity. 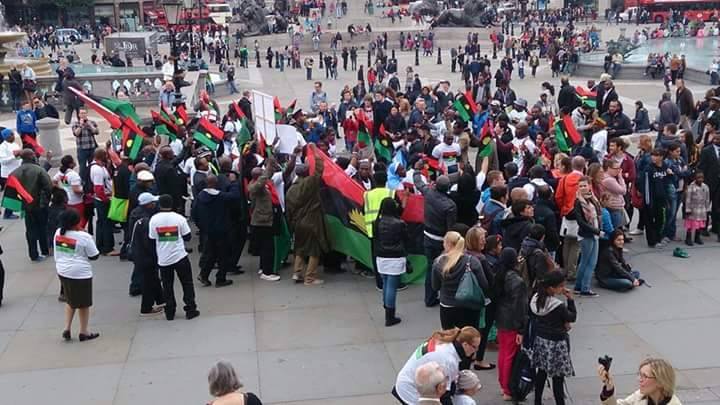 The Nigerian leaders need to do more to promote national consciousness among citizens in other to eradicate the ethnic sentiments that has always pitch each region against the other. There is no question that a strong and compelling case can be made for Nigeria’s unity, and that there are sound historical, economic, and socio-political reasons why a united Nigeria makes sense. No one can however, make the case for Nigeria’s unity to the Biafran nation more effectively than the Igbo sons and daughters who believe in the ideology, dreams, and the promise of a united Nigeria. Nigeria therefore have to trust in the ability of the Igbo nation to make this ultimate choice.