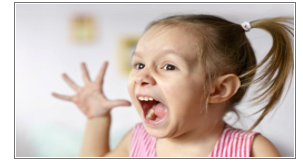 The earlier generations were tougher parents. It’s generally true. And if you go back to the generation before theirs, tougher still. Not in ways that were always pleasant, or even good. Violent reactions, overreactions and brutal verbal abuse. Creating memories of trauma forever burned into their children’s minds, passed on in later years into its recycled, palatable form as a joke, a meme or a bragging right to toughness. As a retaliation to that, or out of the mere natural aversion to violence and aggression, many New Age parents make a vow to never let their children suffer like that. “We will not be like them. We will be better.”

In response to the harsh treatment that often bore fruits of disconnection, timidity and a culture of secrecy between parent and child, many commit to making their child “their best friend”. This involves an increased sensitivity       to the short-term emotional suffering of their child. While, heightening their fear of damaging their children to a painful and counterproductive degree. It manifests in ways like, always trying to compromise, letting them have their way with bad behaviour until the point it is at the height of being totally unbearable, and only then, do they give orders. Usually followed by a lax treatment of the orders when they are given, by the giver and the child. This generational backlash is understandable. But it’s also deeply flawed.

There is a fundamental problem behind a non-aggression policy. It’s a complete misunderstanding of human nature, and why even good people do bad things. And here’s why:

BUT FIRST, A WORD FROM COUNSEL FOR THE DEVIL…

Preferential treatment makes confident children. According to research done by Tomas Laurinavicius on the science around confidence; self-doubt, lack of affirmation and a lack of belief, is proven to be one of the biggest killers of inspiration in people, rather than a lack of ability[i]. Being bred in an affirmative environment by parents would create a more expressive, confident infant. But, a complete lack of a sense of boundaries, creates tyrants.

“There are no bad children, only bad parents.” You might hear this thrown around. Or not. But it represents the major flaw in the psyche of those who have a non-aggression policy of child discipline. After all, the child is a blank, innocent slate, and we don’t want to corrupt it with the cynicism and broken faith of the world. As psychologist Jordan Peterson says, the beauty, joy, love, and optimistic wonder about children makes it easy for us to fall into that trap when characterizing them.

But, human corruption is not to be laid entirely at society’s feet. If society is corrupt, but not the individuals inside it, then how did corruption originate? There are island tribes, untouched by the ravages of society, that are very violent. Studies on animals have shown that aggression can be passed down genetically[i]. Children are not born completely blank. Temperament is handed down. And its unmitigated by the sensibilities of intellect or consciousness. Its raw, untampered, and unguided. As psychologist Jordan Peterson notes, in general, people find themselves improving with age, rather than worsening, becoming kinder, more conscientious, and more emotionally stable as they mature.

This point is supported further when you look at the murderous behaviour of ape tribes[ii]. And children are much more complex than these. This means they stand a much higher likelihood of going astray in even more complex ways, without proper training and discipline. It is not just wrong to attribute all violent tendencies to the failures of social structure; it is also irresponsible.

Just as irresponsible is its twin philosophy, that the response to individual problems is always that the society around it must dramatically alter itself. Not the individual with the problem. “You must all reconstitute your mind set to tolerate my screaming and wailing child in the mall, not my business to get him to behave properly.”

A HISTORY OF POWER

Human beings, and by extension our more unrefined form: children, are violent because they want to dominate. If they dominate they can get what they want. People abuse power, because they know they can get away with it. Simple as that. It takes no corruption by a devious society, or a person intrinsically evil. The benefits of domination are so simple to comprehend, almost all less complex species to the level of insects have it as one of their foundational instincts. Even with good people, if they can get extra leverage, will be tempted to go for it, if it gets them more of what they want. And if they don’t see consequences. People, especially children, are still testing the limits of their new environment. How much can that person take before they push back? If there’s no reaction, they’ll push more. Because then they can get more of their desires without real consequence. If the threshold for pushing back against violent child behaviour is a high, they’ll misbehave to that level before they stop. And if as a parent your goal is to get them to stop being violent, you should draw the line sooner than later. It also teaches them that lashing out is not a good strategy for getting what they want. And when they realize it doesn’t work to get results, they’ll stop. In the words of psychologist Jordan Peterson: “without that correction, no child is going to undergo the effortful process of organizing and regulating their                impulses, so that those impulses can coexist, without conflict, within the psyche of the child.”

Or you have a paradox where, the child is so oblivious to social boundaries that the new age parents are stuck with constant, close monitoring everywhere they go, unable to enjoy the event. And the child, restricted from enjoying limited freedom. It’s a classic case of “too much chaos, breeding too much order”.

But I get it. You want your child to like you. You want her to be your friend. But friends, have a limited authority to correct. You are more than a friend. You are an agent of inculcation. And the idea that all constraints on children are damaging, is lazy and an abandonment of duty. Children have a limited perception of the long term consequences of their actions. And its unwise to expect them to reason when to co-operate, without training them to that reasoning.

For further reading, check out Jordan Petersons “12 Rules for Life: An Antidote to Chaos”

BUT BEFORE YOU REACH FOR THE BELT…

So, now you’re probably thinking, so what do I do, if I’m going to do anything. Well, you can’t kick them into the sun for spilling juice or something. Obviously, discipline has its extremes. But it’s not impossible to navigate. I’ll leave you with a few tips:

The child will naturally test the ceiling of your resilience, if they are particularly headstrong. But note, children have a limited perception of time. They’ve only lived so long. 10 minutes can feel like an hour to them. You can out last a tantrum more than they can bear to keep it up. It takes effort, but the payoff is long lasting.

It’s admirable to want to be the easy going, non-aggressive best friend to your child. We want the best for them. But building them up to be the best involves a conscious and painstaking discipline. A tough reaction is inevitable. They will have dozens of friends in their lifetime. But they only get two parents.

Jesse Heymann is an aspiring lawyer, author and pop culture enthusiast, studying at the Ghana School of law.

For further reading, check out Jordan Petersons “12 Rules for Life: An Antidote to Chaos”