The note from Professor Otu lay on the bed. I could almost not bring myself to read it; for one, everyone in the university knew him. He was notorious for being callous, yet untouchable by the university authorities, even after various scandals and accusations that trailed him. The text in the note had been milder than I expected. ‘Hotel Presidential, Room 144. Come before 7pm. I can’t wait to enjoy you all night.’

My name is Stella. Stella Dewale. I am a final year student in the biggest university in the Niger Delta. I am quite thankful for a lot of things. For life and health; which God in his kindness permitted me to keep even when I wasn’t such a righteous person, for every other thing; which is being provided for me by Emmanuella Efi. It will be stupid if I continue my story without mentioning Emma’s name. She is everything to me. Not like you will say when you tell your lover “You are my everything,” this one is stronger than yours. For instance, what will you say about someone who takes your burdens upon herself? Someone who pays your school fees, accommodates you, feeds you, pays your various bills and still treats you like a sister without a single tinge of disrespect or pride? These are the things Emma does for me,  which is why she is everything to me.
I arrived the University of Port Harcourt on the fourth week of May, four years ago. I can remember it because it was the week after my nineteenth birthday, the same one I celebrated with my parents, with spicy rice which made our eyes watery while we ate. I do not have any sibling and even though I was two years away from being an adult, they still treated me as if I was the same girl who was scared by teddy bears ten years ago. My mother had insisted on making the jollof rice, and as usual, she added more than enough pepper. I remember my father commenting that she wanted the small party to be a hot one, which was the reason the rice was very hot. We all laughed at the joke that  fateful evening.
The evening ended with prayers for me and my education:

I had written JAMB twice without success, every time was a different story. In the first year, I wrote the examinations with very high hopes, I was the best in my secondary school class and everyone thought I would gain admission at the same speed. When the results were released, two of my subjects were withheld, and I would have passed the cut-off marks if only one was released. I cried all through till the next year, when I wrote again and failed. My father blamed it on the fact that I lost confidence in myself, because of the previous experience. So it was settled that I would run a pre-degree programme in Mass Communication, at the University of Port Harcourt.
UNIPORT was beautiful in a strange way when I arrived first. The first thing I noticed as I got into the University Park was the intricate combination of students: male and female, flashy and dull, ugly and beautiful, proud and lowly, loud and quiet, elaborate and simple. Only one thing seemed to connect the varying sets of people I saw through the window of the campus shuttle I was in, the feeling of belonging and responsibility each of them bore in their speeches and gaits, and the way they adjusted their belts or smoothed their hair. I knew at once that I too wanted to belong.  I wanted to feel responsible.
I had an old classmate in the female hostel, Dan Etete Hostel who I was to crash with until I found another space to live in. I told her earlier that I would stay with her until I found a space as she would not have let me stay with her if she knew I had no plans of leaving her space in the short run. My parents gave me just enough money for my feeding and tuition; I had to find an accommodation for myself because they could not afford Port Harcourt house rents.
Uju, the old classmate met me at the motor park in Abuja. She was looking fatter than I remembered. She hugged me and said welcome hurriedly. “Babe why are you dressed like this now?” She had helped me carry one of my bags as we walked towards her hostel. I remember being shocked that my clothes were the first things she was noticing. I had not seen her in over two years. “Sorry Uju. I just realized how underdressed I am” I said. I was looking at my feet treading the soft ground, and leaving little holes that were soon filled up with water. It seemed to have rained just before I arrived, and years after, I would come to understand the epileptic rainfall in Rivers State- sunshine in a minute, heavy showers the next, and  then more sunshine.

When Uju gestured to touch the handbag in which I had put all my money, I made a reflex move away and she asked me if I had money in the bag. When I told her yes, she said quietly, “Tomorrow you will take the money to the bank oh. Just last week we were attacked by robbers in this same hostel. Only God knows where they came from. They did their thing sharp-sharp and left before the sherrif them arrived. Please do it, to avoid had I known oh.”
“But I don’t have a bank account.”
“Don’t worry, you will put it in mine. I will not touch your school fees at all.”
“You wan die?” I said in-between laughter.

I remember the clothes Emma wore when I first met her; It was at the bank Uju directed me to. She had helped me choose what I wore that morning-a t-shirt in a corporate jacket, with a matching skirt. A pretty girl that was with her smiled when she saw me standing behind her.
“Are you the last person on the queue?” I asked her, in my most refined accent. Uju had said to speak the best I could, so people would not call me a village girl.
“Yes I am,” she replied, then said, “Ah, I thought you were one of the workers here.”
I smiled. “Why?”
“See your dressing now. You almost look like you are going in for an interview in five minutes.” I laughed, and she joined me. “Are you a law student?” She asked. “No. Actually I’m running a certificate programme in Linguistics and Comm.”
“Oh, are you serious? That’s what I’m studying too. I’m in year one.”
“Wow, that’s great. I guess I should be calling you senior then,” I joked.
“No be only senior, my name is Emmanuella joor. In short- just call me Emma.”
“Okay Emma. My name is Stella. Nice to meet you.”
The bank servers were down that morning, so no transaction could be made. We waited till noon, Emma and I, before she insisted I followed her to a kiosk where we bought cokes and meat pies. We got to know each other better during this languorous moment, and we found ourselves rather compatible. We laughed at the same things, and almost read each other’s minds. We liked the same 2face’s song, Dance Floor; we both hated Twenty- four because Jack Bauer never ever gets killed; we both preferred Always to Ladycare because the latter was for the old folks. When I told Uju about the friend I met at the bank, she thought it was a boy until I said it was Emmanuella and not Emmanuel.
Uju’s roommate, Dera, was sceptical about Emma. She simply asked me to be careful about the friends I make as I have just arrived school. She said most of the people who were friendly to jambites were those who wanted something in return. Things no one would like to give out. But Emma wasn’t one of the predators, she was more like a friend to me, and not a school mother. We began to study together at the gigantic Donald Ekong Library often, she would give me her old textbooks (she also ran a certificate programme) and tell me which lecturer was friendly and which was not, and how to avoid the UNIPORT guys who always wanted a piece of every girl’s cookie. We called the average guys ‘hunters’, and the very handsome or rich ones ‘snipers’.

Those memories were invaluable…… 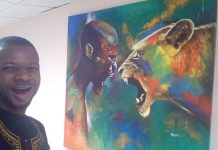 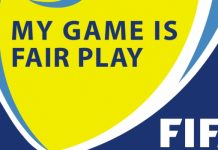 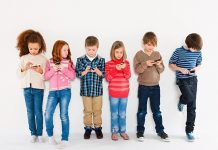