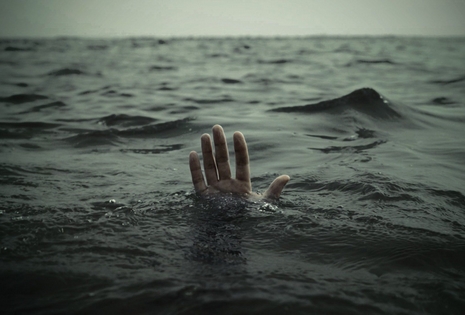 The religious concept of how man was created in the image of God amazingly baffles me. It’s an incredible lie. Probably not impossible but staggeringly evident that the manifestation of such concept existed, but does not exist contemporarily and does not look like it will exist again any time soon. God is an abstract subject; we have only heard some stories, myths and morally appraising literature about Him. Subject to these morally appraising literature, there is so much serenity and peace attributed to God. So the unanswered question is, are we seriously created in the image of God, we the ”now generation”? We are lost, our traces can’t even be found let alone our location. Many might contemplate whether the ”now generation” has just vanished out of sight or just can’t find themselves in the appropriate places. They might even wonder why the writer’s attitude towards the ”now generation” indicates “lost”. The loss of the lost generation is more extreme than just disappearing from sight; never a literal lost. They have virtually lost their humane instincts, godly conscience and senses of judgements. When, where and how have we lost the now generation?

Have you noticed how rapid and convenient it is for the new generation not just to become conversant but also go a step further to assimilate the culture of westerners? Their choice of language, music, fashion, food and lifestyle lie in absolute aberration from our culture. They find so much delight in wearing clothes that expose their nudity to only God knows the kind of demonic eyes taking a pleasuresome glance. With no shame, they confidently utter savage and vulgar words towards the elderly or any other person at all. Courtesy and comportment used to be cherished identical elements which featured in a typical African setting. But with so much disappointment, I lament how the lost generation has shadowed our African virtues with colossal amount of disrespect, arrogance and offensive pride. Lately it is a miracle to hear “please” and “I am sorry” in our immediate environs. This is just a tip of the iceberg of how the ”now generation” is lost.

It renders no evil to take a sip of an alcoholic beverage once a week, a month or perhaps in more than just a month. Heartbreakingly, the lost generation consumes alcoholic beverages like drinking water and in the worst cases, these alcoholic beverages are accompanied by hard drugs and stimulants. To that effect, it is very prevalent to see the now generation in their mid or late 20s having the physiology of a 70-year old pensioner being discharged from the rehab. In fact, their physiques have been totally worn inside out and upside down. Even if they have to pick a common needle from the ground, these fellows would have to take in some alcohol to stimulate that action. Just imagine this extent of degradation and devastation. Every single action they find themselves doing happens to be bolstered by alcohol or drugs. Obviously, this drug and alcohol centric attitude of the ”now generation” explains the ”what a shock” and the “gone too soon” tributes we see on funeral posters. Absolutely without a single touch of doubts, the youth have rather become a CURSE TO THE SOCEITY RATHER THAN BENEDICTION.

Confinement in Laziness, Incompetence and Irresponsibility

Very seldom will you spot the “now generation” discussing their future with respect to career job opportunities, education and how to build a healthy family life. The males usually engage in useless sports and entertainment arguments with no positive bearings on their life. If not Ronaldo and Messi, then obviously it is Shatta Wale and Stonebwoy. It is even hopeless and discouraging in the case of the females as they only discuss telenovelas, make up, fashion trend and some futureless intimate relationships they find themselves in. Apparently, they don’t show much concern about their future economic life. Taking responsibilities for their own actions and making the most imperative decisions in their lives never cross their mind. The choice of school, programs of study and even their future occupation are determined by their parents who might have absolutely no idea of the trend in the 21st century. Hardly would they scratch their fingers in the soil, dirty up their hands, sweat off their faces and wear out their muscles. Laziness and incompetence have absolutely consumed them. Their passion and zeal are always geared towards already made alternatives. After all, that is the easy way out. Their working ethics are those that despise their fellow workers and their employers. With such generation, are we not doomed for eternity?

Chastity has always been a cherished virtue in our African homes. The desire to indulge in sexually related activities used to be minimal to its lowest occurrence. Behold, I present to you the lost generation, whose undue appetite for sexual immorality is greatly ununderstandble. Their tenacity towards adultery, prostitution and the morally degrading one of all, homosexuality is seriously unbearable. They have no shame, regret, remorse or any conscience but opt to toss in bed with as many as possible partners aerodynamically like a dice been thrown unto a casino. It is more disgracing when you discover these shameless youth claiming dignity and prestige in the church, mosque or any other place of worship they find themselves in. They don’t find even the tiniest sentiments in their hearts but rather go a step further to abort babies. I am confident that the number of babies being aborted by just three members of the lost generation can start up a whole crèche or nursery school. The most staggering side of this story is how they manage to frame their concealment mechanisms and appear as the good kids. Their camouflage device has misled many parents on the true identity of their wards.Our future is vague; empty without any prospect as we live in such generation.

The lost generation has become an efficient weapon of visionless political entities. These politicians manipulate them to the highest degree that our own energetic young men and women abuse their muscles, intelligence and allegiance. They stoop so low to their cheap incentives and bite their biddings, causing chaos and anarchy wherever they send them to. The kind of violence and vandalism these folks indulge in is horrific. Out of ambition and the quest to make quick money, the said generation defrauds by false pretenses, some innocent and genuine business men who have toiled to succeed. In the worst scenarios, they cold bloodedly kill for rituals. Gang rape, kidnapping and blackmailing have now become a routine.

The degree of bitterness, frustration and national retrogression that the lost generation have brought onto this once lovely and peaceful country, has gone past control. It shall only take a divine intervention from God or whatsoever the supreme spiritual being might be to emancipate us from this hellish order. Until that day, we have got nothing but senses to protect our lives whichever way we can. Survival of the fittest shall then become the theme of life.

The ideal fate of the contemporary generation described in writing by :MICHAEL MORNING STAR (MMS