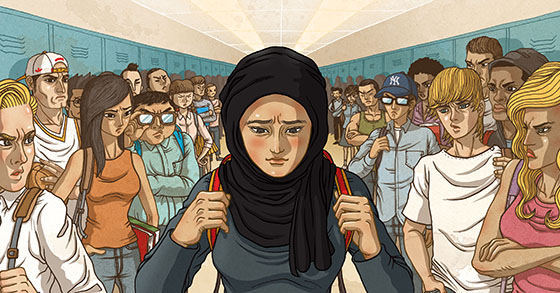 Categorization is a feature of human consciousness that was very useful in primitive times when man lived in his original state of existence but it has since become a bug here in our modern neo-cortex driven reality. In the Savannah where the laws of the jungle was either kill or be killed, it was very important for man to create neat categories for his own protection. He had to quickly identify threats, neatly classify everything into good or bad without making much room for grey areas. People who overly created grey areas did not live long enough to produce offspring because a delay in inputting and processing negative or potentially harmful ideas or situations could cost you your life. For instance, spotting a cheetah and delaying in deciding whether it is good or bad could end very badly for the primitive man. The tendency then to leave room for grey areas was seen as an error in primitive times while in our modern society which has mechanisms to protect people, this tendency becomes essential.

In the modern world where we do not have such immediate threats, where we’re more likely to deal with discussions of educational policy and the philosophical ethics of things, we’re still governed by that Savannah-like intuition to automatically categorize things neatly. I think this is outdated and I’ll be explaining in this article how it is destructive to modern existence. In a world where we can ponder upon our thought processes and philosophize upon our very existence, we should in this world, eliminate neat categorizations.

Neat categories manifest themselves in our modern world in the way that we form ideologies and defend them vociferously. For example, we say someone is a liberal, this person is a conservative, she is a feminist, she is not, the next person is a patriarch. We are either one thing or the other at a particular period of time in our lives. Neat categories also manifest themselves in our deep devotions to fandom where people identify with one sports team or the other. Our deep loyalties to specific ideas, specific notions of self, specific identities is born out of an innate desire to fit neatly into categories. There is an in-group which we neatly define and there is an out group. The reality however is that in-groups are never homogenous. Sometimes the distinction between in-groups and out-groups is so trivial that it just seems contrived (but that’s a discussion for another day).

In that case then, why do we still make use of neat categorizations? Well, for the most part, it’s because people haven’t really thought about them. And so we should think deeply about neat categorizations and determine whether or not they really make any sense. Ideologically speaking, Can there really be anyone who fits any of these broad categorizations that we often tend to throw about in the world. Is there anyone who is simply liberal and has no conservative leanings or vice-versa?

In truth, most people would realize that unless you go to the extremes and you’re looking at people with fundamentalist beliefs, you often do not find people that have no grey areas or no point at which they tend to agree with the other side. In the liberal-conservative debate for example, there are very few people who will reject everything liberals say as balderdash., You would also find conservatives who sympathize with liberal beliefs or even sometimes believe  and share in liberal ideas.

Our modern world is leaning towards greater polarization and it is pertinent that we start having conversations about what is causing this polarization, why this artefact of our reptilian brain needs to neatly categorize things and why this is no longer useful. The need to neatly categorize the world is something that does not jive with the facts. For instance when you’re categorizing the physical properties of a thing, sometime you might be fortunate to have properties that can neatly fall into the dichotomy of wave or particle. But even in physics, particle and wave duality is not something that still holds. There are some constants in nature that are both particle and wave.

Moving on to phenomena as complex and nuanced as thoughts and beliefs, you’ll realize that there a lot of grey areas for people who hold all sorts of views across the divide. There are also people who hold fundamentalist views and who believe absolutely what their side of the divide preaches. Should we respect these individuals and because of them allow categorizations or claim categorizations have some sort of utility? I think not! I think the world should gravitate towards the abolition of any sort of fundamentalism. An individual who believes in something so absolutely that they cannot broker the possibility of the existence of an alternative or who cannot accept the idea that they are being wrong is not an individual who should be emulated. Fundamentalism is not a thought process that should be mainstreamed and people should not aspire to be fundamentalist but this is what neat categorization does.

Neat categorizations cause problems in the world and are manifested in the most easily identifiable examples; in extremist acts, in politics and in religion. Beyond these obvious examples however, neat categorizations manifest also in a plethora of other ways like in political polarization and the inability of societies to be more consensus-driven rather than belligerent in their decision-making processes. This is a big problem that some mature democracies face.  In America for instance, the left and the right are very sharply divided. There is almost little that ever brings them together. Even when you can have an obviously ridiculously president like Donald Trump, with a questionable image and who is mired in scandals, there is the right who are recalcitrant in taking him to task and who continue to concoct apologia for his acts. In the past that amount of partisanship was characteristic of African practices of democracy and there was confidence in the West’s maturity in their practice of democracy. People in these countries could always think of the greater good and rationalize all sides without allowing party affiliations and the categorizations imposed on them to be primary determinants of their actions. We cannot say that today because people have bought into these categorizations deeply and into the resultant identities they create such that what we have now is a people who are incapable of independent thought but think within the prism of ideas that their belief schema allows them. This kind of thinking is difficult to shed off but it is unproductive to any democratic society and should be gotten rid of. People who forever define themselves as Marxist or some other political ideologist are incapable of entertaining thorough interrogations to their ideas or are dismissive when other ideas challenge their world view. 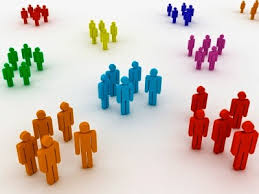 In a post-categorist world, people should not have neat categories when it comes to societal interactions. In such a world, the incidence of policemen gunning down unarmed black people will be greatly reduced if not eliminated because they would have learned not to categorize black people as criminals. We would reach a point where people do not have a knee-jerk response to policy proposals, where every welfare scheme is not rejected by the right and advocated for by the left.  We would not have blind defence of positions that agree with original ideologies that they have held without interrogating them on an individual basis. What we need is more nuanced thinking and less of the categorizations, more of individual definitions of self as a sentient and rational being  capable of thinking and coming to conclusions on one’s own and less of individual definition by political parties and ideological beliefs.

A post-categorist world is what we should agitate for because that is a world capable of solving many of the problems we face.