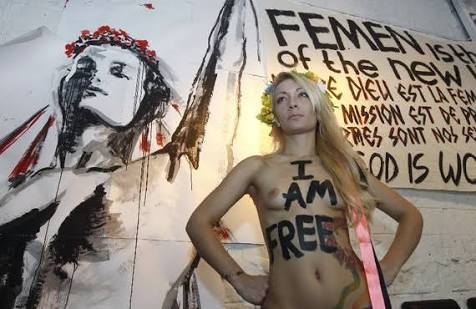 I remember when feminist demonstrations meant protesting for the enactment of Universal Adult Suffrage and the right of women to access political spaces. However, it is rather bewildering the vista new feminism has routed in its aims and goals. The difference is akin to that between negative deontology and positive teleology. Feminism has gone too far.

The pursuit of cosmetic flagrancy and the outright deviation from pragmatic real world change has made the movement some sort of a rabid ultra chauvinistic lot. The advocacy for semantic and linguistic

instauration is a pointer to this fact. Saying “she-llary” as opposed to “Hillary” and “Her-story” as opposed to “History” is really bad strategy for the feminist movement. To be explicit I love women, I believe the systemic oppression and micro-aggressions targeted against women is

nefarious and needs an over haul, I wholly support gender justice. The grouse this writing addresses is the theatrical, albeit useless means employed by new wave feminists which is inimical to the growth of the movement. Wikitionary put radical feminism very nicely when it explained it as “a perspective within feminism that calls for a radical recording of society in which male supremacy is eliminated in all social and economic contexts. Radical feminists seek to abolish patriarchy by challenging existing social norms and institutions, rather than through a political process.” The purely euphemized characterization of radical feminism by Wiki leaves us with two deducible inferences. Firstly, radical – or new – feminism, as existing as a part of the broader feminist movement. This points to a schism, or put differently a compartmentalization of different “perspectives” that are encapsulated within what should prototypically be known as feminism. That is zany. Secondly, the conceptualization exposes us to the reality that feminis(m) (sts) deviate from the use of political process, to achieve feminist ends. The axiomatic question heralded from the definition is “is it possible to pursue, and eliminate male superiority in all social and economic contexts, without the invigorating tool of political power?” I will not patronize the feminists by going all at length to respond to that question but the answer is “…not really!” Radical feminists have argued, that new feminism, is not extremism, rather, it is focused at addressing the roots of oppression, which is patriarchy. To their credit, in response it actually is not extremism, because extremism has never felt so futile and sterile (ISIS knows best). Furthermore, an act doesn’t need to be extreme for it to be wrong; at the start of this writing, I said that new wave feminism has gone too far, additionally, “it has gone too far, in the wrong direction.” The schism created in the body of feminism in the status quo is very problematic. 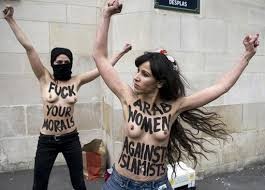 Women in most parts of Africa, Asia and the Middle East, cannot be new wave feminists. These are the demographics that suffer from patriarchal oppression and gender injustices the most, but as a result of their culture, traditions and religion, cannot be new-wave feminists because if weighed on the scale of comparative importance in their lives, they will opt for the former because of its impact on shaping their existence. For some weird reason, new wave feminists do not have discourse on cultures and traditions of rural women in their wild rants. (This points largely to the fact that new-wave feminism is convenient and for the service of the rich white females, who have no culture and traditional inherencies to deal with). The lack of cohesion in the broad feminist movement is harmful, because it weakens the centre and the voice of the movement. The movement is frail when women (in Asia, Africa, the Middle East) who are the primary victims of a robustly potent patriarchal apparatus cannot buy into the movement because they are first products of their culture, before they are ideological animals. The problem here is mostly tied to the rituals attached to radical feminism. Some radical feminist argue that they don’t shave their armpits, use sanitary towels, use make-up, engage in heterosexual sex, get married, get pregnant, or raise children, because these have been historically stereotyped gender roles and as such, they seek to destroy these gender roles by doing the exact opposite. This trivializes and makes of caricature of women and the real oppression and marginalization people face. The truth is that, when rituals clout the objectives of a movement that have produced effective results without these rituals, the rituals no longer serve as a means to a feminist end, but a feminist end in itself. It makes feminism a convenient commercial sport that women are willing to engage in when they feel confident enough to walk the streets without bras. I will stop here. New wave feminists should shave their armpits, put on their sanitary towels, leave their tiny myopic box they live in, and go kick ass in the real world.