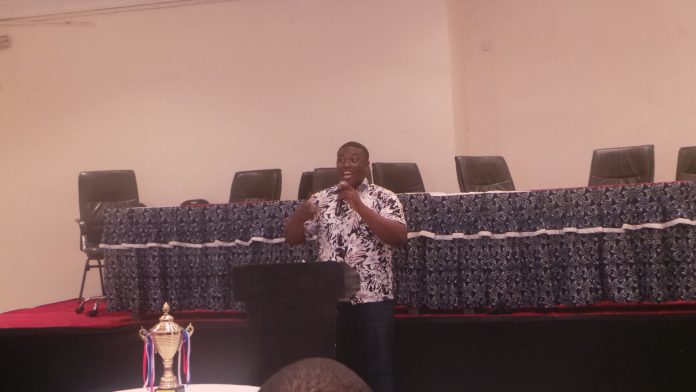 International relations motions by and large, are very dicey and a tad difficult to debate. Mostly because, they require more detail and analytic specificity. They require debaters to have at least superficial understanding of facts, since most IR motions are premised on actual events around the globe.

I started off my debate career being scared of IR motions, they were the chink in my amour, but with the direct and indirect help of Inung Ejim and Fred Cowell, I became better and I now fare really well in IR debates. The ideas that I have learnt from different people in my many months of debating are succinctly expressed in this article. I hope you improve too after reading this carefully crafted work.

IR motions generally pertain to issues about international laws, state actors, non-state actors, multi-national corporations etc. They are about political dynamics between states and other international actors. Most BP motions have IR underpinnings; they are partially about IR while some others are exclusively about IR. E.g. THW Sanction the UK for Brexit. Motions like ‘’THBT Desecration of religious sites is legitimate in warfare’’ and ‘’THW show the full horrors of war’’ can be said to have other strong genres like moral philosophy and ethics, but have significant international elements and can be said to be IR motions. Generally this article advises on how to debate motions that have any IR relevance.

1) ACTORS: The actors in IR debates are mostly states, organizations and corporations. It is very germane to always understand that people (human beings) are behind these actors. Most speakers debate like these actors are angelic entities free from human control, but they are not. In 2015 I was on the closing opposition bench for a motion ‘’THBT Nigeria should severe relations with countries who refuse to return her looted funds’’. The government bench argued that when Nigeria severs ties with the countries who have refused to return the looted funds, the UN will be incentivised to sanction those countries. My bench won because we were able to prove that the UN is not an independent entity but is controlled by the same people who haven’t returned looted funds to Nigeria. I have won many debates by just merely reminding the judges that the actors have people behind them. Whether it is the US or WLD’s all around, who at different intervals might have a strong right wing base that will oppose policies that are liberal, or governments of countries who might theoretically exist for the good of everyone, but in practice are manned people who have their own biases and groups they want to appease or attack. Making the realization that all IR actors have human beings behind them is an important step to winning IR debates.

2) FACTS: As earlier stated, most IR motions get set due to happenings around the globe. You must be able to point them out. Over reliance on facts is bad, in as much as facts are crucial in IR debates, this is because no one can really ascertain the accuracy of your facts in the course of the debate. So if a fact is presented and is disputed by opposition, it is hard to decide who to believe. Teams in debates also invent facts and this is a major inherency. Facts however can be useful under some circumstances namely:

(i) When they are known by the ordinary intelligent person e.g. the fact that the Rwandan genocide occurred or that currently there are secessionist agitations in Nigeria. Facts of common knowledge like these can freely be used in debates.

(ii) When the fact is superficially plausible and adequately and persuasively explained in fine detail. E.g. the notion that most anti-colonial regimes are bad and sometimes oppressive because since they are populist in nature they are hard to remove or hold to account. E.g. the ANC in south Africa, or the fact that contrary to popular belief, strong dictatorships always have underground bodies who control them and who they try to please e.g. The Soviet Union under Stalin or Italy under Mussolini.

(iii) When the facts are used merely to illustrate a point, without having very strong grounding in the debate.

(iv) When the facts are accepted by both sides in the debate except such a fact is widely known to be false.

3) STATE RIGHTS: It is vital to understand the basis for state rights. They could be as follows:

(c) The need for international peace and stability is also a reason why states have rights. If states don’t have rights it is reasonable to assume that total chaos will ensue transnational.

4) MILITARY INTERVENTIONS: In military interventions, there is always the underlying principle of protection of civilians either from oppressive governments, like in Libya or Iraq or to fight wars like Vietnam. The general clash always has to be about outcomes i.e. what side leads to the best outcomes for all parties. In analyzing outcomes and consequences four things have to be put into consideration.

i) Long term motives of parties. (e.g. Does a country like America have extra motives in invading Iraq other than civilian protection?)

a) Asymmetric warfare; (Guerrilla combats) due to the disproportionality in the strengths of opposing forces. In most cases asymmetrical conflicts are lasting and brutal, and the side using guerrilla tactics win e.g. the Vietnam War, Cuban revolution.

b) Extensive media coverage: this mostly comes with limitations from warring parties, especially states when they are against rebel groups , because of the fear of civilian unrest and pressure on government when casualties are on full display.

c) Side effects: Military interventions always have lasting side effects. Most times, old governments are destabilized and new ones installed, problems still ensue afterwards and that is what warrants peace keeping by international organizations in those areas.

5) COMPARATIVES IN IR DEBATES: We always use the word ‘’comparative’’ without sometimes knowing what it stands for. Comparatives go beyond proving that you like one side better than the other, comparatives must come with frameworks.

For instance merely comparing Orange to Banana is a bit pointless and is down to subjective view and decisions, but a framework can easily change everything. Asking what makes for better fruit juice between Orange and Banana clearly tips the scale in favour of oranges. That is how comparatives should work in IR debates, don’t say this is better than this, give a framework to show why.

1) Own a matter file: it is always very advisable to own a matter or case file where you have either brief explanations of what some organizations stand for e.g. the IMF or Red Cross or to have the names of presidents, specific historical facts about key issues. Sometimes it is easy to predict the issues that will be discussed at tournaments especially when such events take place immediately before the tournament e.g. a plethora of Brexit motions were set at several tournaments as soon as it became a reality. In Nigeria, it is also a given that now Biafran irredentists are more agitated and the crisis is at its crescendo, more motions about Biafra will be set. It is wise to get a fact file fully or partially explaining the key actors in a conflict.

2) Be aware of issues that have nothing to do with your country. Many times debaters don’t know beyond their immediate surroundings. The truth is the world doesn’t revolve around you or your country, and since we all at some point aspire to attend international tournaments, it is advisable to broaden your horizon and know a lot about other countries.

3) Follow the news: Watch BBC, CNN, Channels, etc. Read “The Economist”, even if it has a unique perspective, it is easy to follow and has a ‘’systematized view of the world’’. You might want to occasionally look at a map and know where different countries are. Little things like that help improve your knowledge. Also, I recommend john Oliver’s “Last week tonight” on HBO, apart from the liberal bias it is excellent. The perfect combination of comedy, laughter and education. It gives you the option of learning and laughing which is priceless.

-Don’t think about matter dumping. The goal of IR debates is to find the team that provides the best comparative, basically the team that proves their side has better outcomes or generally has a stronger moral foundation. So it is smart to focus on slimmer issues in IR motions. The key is outlining the principle in the motion and spending time explaining it and showing why your side better fulfils the principle obligation inherent in the debate. The mistake most teams make in IR motions is focusing on multiple examples and explaining them before explaining the principle. In doing this, they become prisoners of their examples. The key to winning IR debates is in understanding that the principles have to come first. E.g. if you have an IR motion about interventionism, say the US intervening in Syria. If you start the debate with the example of Iraq, you become a prisoner of that example and your principle can easily be ignored by a lazy opposition, who can decide to spend time criticizing your example.

When you start by analyzing your principle in detail, the example becomes less important and teams can then engage the merits of your case. Examples are incredibly important but be wise about how you present them.

There are three things you must remember in IR debates and they include:

1) Avoid making IR debates revolve around a examples, basically where all teams debate is an example and one side attacks and rebuts with examples and no one focuses on the principle.

2) Avoid accidental Orientalism: Do not make sweeping assumptions about groups, states and people e.g. North Korea is evil, ‘’people in Africa…..’’. Essentially looking at the world from a western vista. Judge every case and situation by its unique merits at the time. Always think of better ways to analyze your point without sounding crass.

3) Be specific: State the names of countries, heads of states and leaders of groups. Explain the background before making a comparative and be clear of the limitations of various policies you proffer.

These points as simple as they are have helped me improve , I am sure they can help you too.

‘HOW TO DEBATE INTERNATIONAL RELATIONS MOTIONS’